To celebrate Urban October, a month dedicated to activities and events organized worldwide that advocate on urban sustainability, the Global Green Growth Institute with the Ministry of Infrastructure, District of Muhanga, Rwanda’s Film Institute, and University of Rwanda organized “Urban Cinema” on October 30, in Rwanda’s rapidly urbanized secondary city: Muhanga.

While Muhanga is strategically located as the closest secondary city to Kigali, Rwanda’s capital and being on a crossroad to many regional and national roads, it is mostly seen as a trade and logistics regional hub. The “Urban Cinema” event introduced themes to be discussed with urban stakeholders and citizens of Muhanga. The “Urban Cinema”  attracted more than 53 participants that came to watch “Bogota, Building the Sustainable City”  and later reflected on issues seen in the documentary to engage in the discussion on public transportation in the city; public spaces ; walkable cities; housing and unplanned settlements upgrading and revision of the master plan in Muhanga. 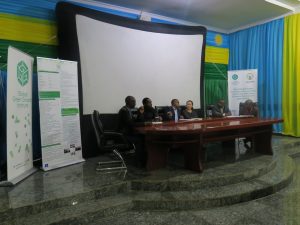 During the panel discussion, District of Muhanga Divison Manager David Mbasha and District of Muhanga Director of One Stop Center Onesphore Nzabonimpa shared the measures the district has put in place to deal with the population growth in Muhanga including the revision of Muhanga Master plan. Mr Eric Hakizimana, Physical Planning Senior Engineer of Ministry of Infrastructure stated that “the Ministry together with citizens are leading efforts to plan our cities sustainability and are gathering stakeholders to implement projects in secondary cities in an effective co-ordinated manner”. Inhee Chung, Country Representative of GGGI stressed the importance of integrated planning for green and smart cities, and ensured local government of the continuous support that GGGI provides on sustainable mobility; green buildings; public spaces; solid waste management and other pressing issues for the city.

Panelist from academia, Emmanuel Nyandwi, Assistant Lecturer at the School of Architecture and Built Environment, University of Rwanda highlighted the importance of promoting compact city and diverse modes of transports that will allow walk-ability. He further mentioned that “the role of Universities is to conduct research that is relevant for the process of development of policies.” Célestin Twagirumukiza, Head of Rural and Urban Development Department at the Catholic University of Kabgayi (ICK) emphasized the importance of involving academia in planning for the future of cities. Both members of academia agreed that Universities can support cities in their planning and designing of projects and programmes.

The panel discussion was moderated by Ezechiel Niragire , District of Muhanga, Water and Sanitation Officer 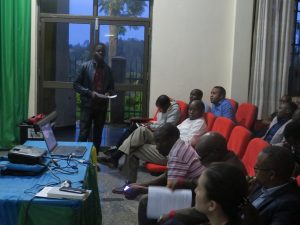 Since 2017, GGGI had commenced with operationalization of the National Roadmap for Green Secondary Cities Development by embedding District Technical Assistant in Muhanga District One Stop Center. Prior to that GGGI had supported the District of Muhanga by facilitating the process of preparing District Development Strategy 2018-2024, and is currently supporting the facilitation of the revision of master plan. In addition, GGGI undertook an in-depth situation assessment of solid waste management  and worked with the Ministry of Infrastructure, Rwanda Housing Authority and University of Rwanda on mapping and assessing public spaces in Muhanga showing underutilized potentials of green open spaces within the city, which are some of the themes that were discussed during  “Urban Cinema”.

In 2018, GGGI launched “Urban Cinema” initiative in Rwanda to bring awareness on the importance of green cities to the general public.  The first Urban Cinema was held in Kigali, and Muhanga hosted the second Urban Cinema. 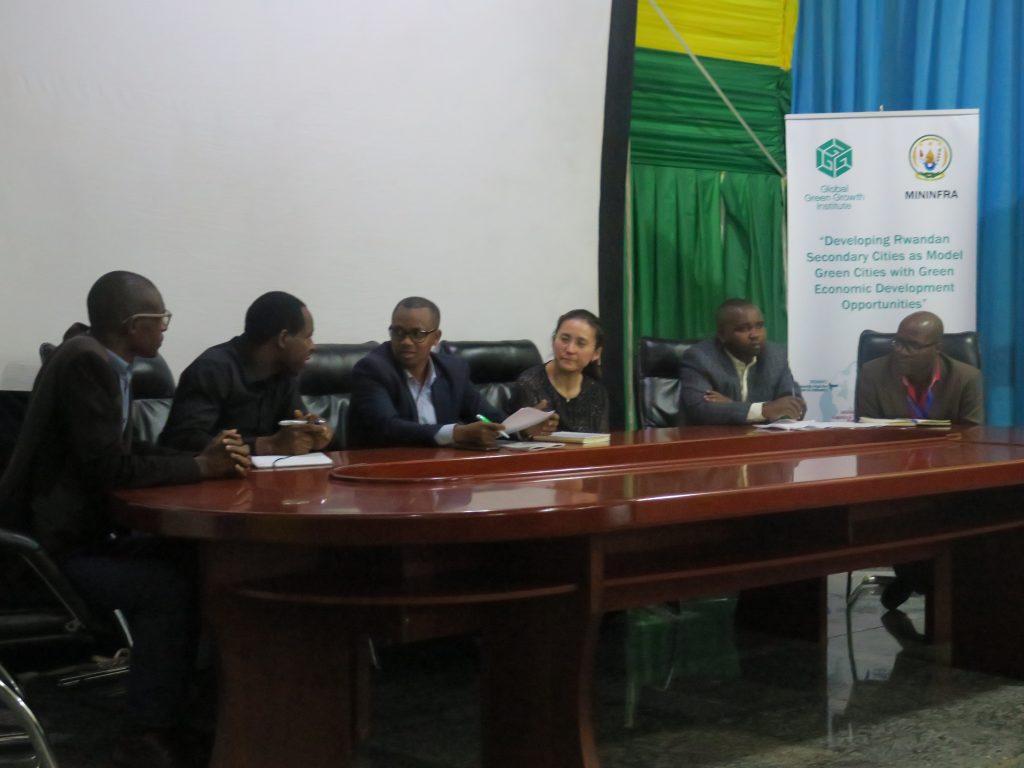