Recently, the Global Treaty on Plastic Pollution– championed by Rwanda and Peru – was recently adopted during the Fifth Session of the United Nations Environment Assembly (UNEA 5.2) in an effort to spur collaborative action to reduce plastic waste worldwide. The agreement features legally binding provisions aimed at dramatically reducing plastic pollution globally. As part of the treaty, 200 countries agreed to form a committee to discuss and negotiate a legally binding agreement by 2024 that will detail mechanisms for accountability, targets for production and recycling, and mobilize commitments to reducing plastic waste production. 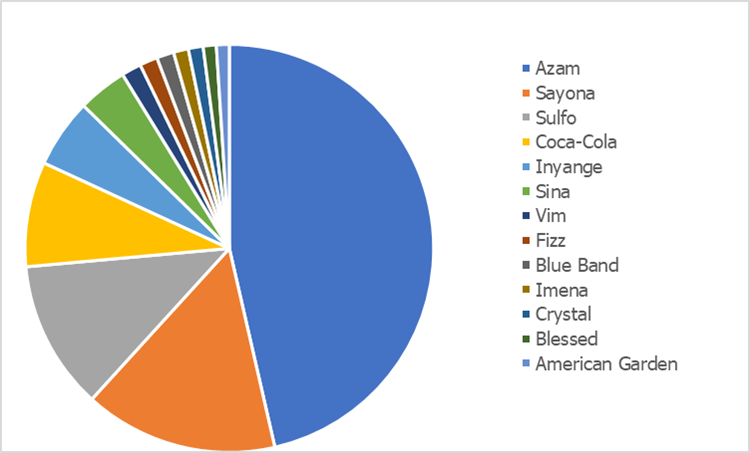 This year during Plastic Free July, GGGI has organized a cleanup activity at the Nyandungu Urban Wetland Eco-Tourism Park, a nature sanctuary in the City of Kigali that was officially opened at the start of the African Protected Areas Conference. The cleanup marks the end of Plastic Free July, a global campaign that aims to increase awareness about the hazards of plastic waste. The activity was organized as part of the outreach and awareness events implemented through the ongoing Waste to Resources project, a 3-year initiative funding by the Government of the Grand Duchy of Luxembourg to improve municipal solid waste and hazardous waste management in Rwanda.

As part of the Waste to Resources project, GGGI is also procuring equipment for the sorting and separation of waste that will be installed at the city’s main disposal site, Nduba. The installation of the sorting and separation facility is one of the key project milestones that will serve as a demonstration project, allowing the City of Kigali to collect data on recyclables, to segregate the plastic waste received at the disposal site, and ultimately enable valorization of certain types of plastic. Also, as part of the project, a weigh bridge will be installed to record accurately various amounts of waste transported to the dumpsite and other sorted wastes meant to be valorized including plastic waste. Such an installation will help the City of Kigali to plan accordingly for ongoing operations at the disposal site and for future expansion.

In addition to tracking and separating plastic waste, GGGI aims to mobilize 20 million euros through the project by identifying business opportunities to valorize plastic waste. These efforts include attracting investment to scale and upgrade the country’s existing plastic waste recycling enterprises and to introduce new technologies that transform plastic waste into resources that can be used in industrial processes.

GGGI is also working with young entrepreneurs through the Rwanda ‘greenpreneurs’ network. This initiative supports startups that are actively identifying new business models to produce sustainable goods that can replace single use plastic. An example is the company UMUTI, a Rwandan company that produces envelopes, packaging, and containers using banana stalks leftover from farmers during the harvesting process. By replacing plastic products with biodegradable alternatives, Rwanda will be closer to reaching the goal of sending zero plastic to landfill by 2030.

For more information on the Waste to Resources project: download the project brochure here.