From the 22nd to 23rd of February 2022, the Global Green Growth Institute (GGGI) in collaboration with the team of the Permanent Secretary of the National Council for Sustainable Development (SP\CNDD), organized a capacity building workshop for stakeholders in the process of establishing a national strategy, that will align greenhouse gas (GHG) reductions with long-term development objectives  ̶  a strategy well aligned with the Paris Agreement. In Burkina Faso, the process is funded by the French Development Agency (AFD).

Following the first stages of designing Burkina Faso’s long-term low emission development strategy (LT-LEDS), capacity building sessions were organized for the actors involved in the process. The  national stakeholders learnt about the approaches to calculate GHG emission reductions in key sectors, as well as the tools and methodologies to be used to build carbon reduction scenarios, cost-benefit analysis, and identifying societal co-benefits. Other cross-cutting issues such as gender, health and social inclusion were also addressed.

At the opening ceremony, the Secretary General of the Ministry of Ecological Transition and Environment Mr. Augustin Kaboré emphasized the extreme importance of the strategy as a tool for all countries to align their development plans with the United Nations Framework Convention on Climate Change. The LT-LEDS strategy will support climate change mitigation and adaptation in five most GHG-emitting sectors in Burkina Faso and contribute to a low-carbon economy. 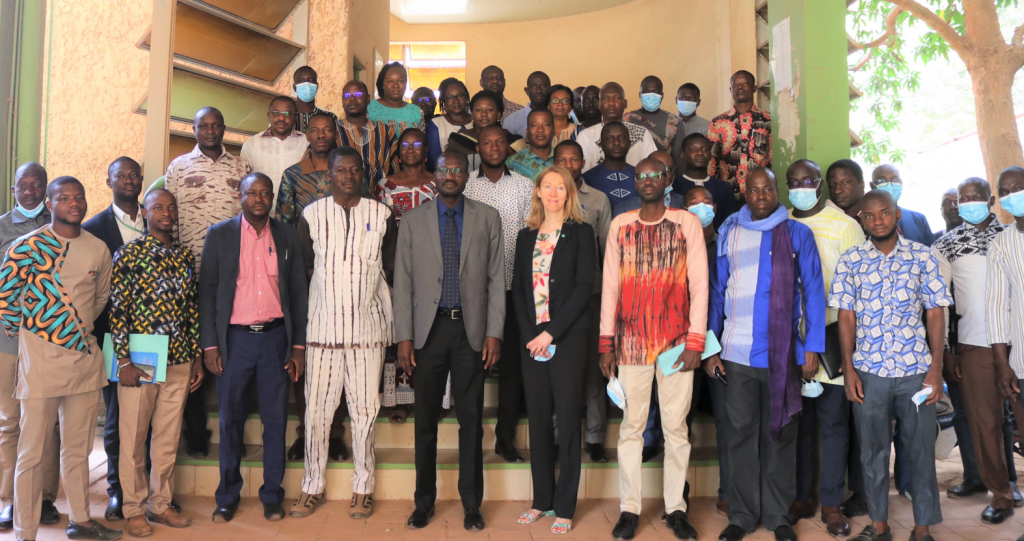