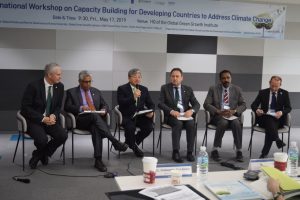 On May 17, at the Seoul HQ office, Global Green Growth Institute (GGGI) co-hosted the International Workshop on Capacity Building for Developing Countries to Address Climate Change. The workshop was supported by the Korea International Cooperation Agency (KOICA), organized by the Center for Global Climate and Marine Governance of Korea University, and co-hosted by GGGI, with the UNDP Seoul Policy Center, the Green Asia Organization, and the Center for Climate and Sustainable Development Law and Policy (CSDLAP). The workshop aimed at further accentuating the importance of enhancing capacity building of developing countries for a robust Monitoring, Reporting & Verification (MRV) system, forest management, and implementing the Article 6 under the Paris Agreement to combat climate change.

During the next session moderated by Ambassador Kak-soo Shin, there were presentations on the issues regarding the project with KOICA in Ethiopia, forest management, and MRV development in developing countries respectively by Suh-Yong Chung, Professor and Director of Center for Global Climate and Marine Governance of Korea University; Yowhan Son, Professor of Korea University; and Siddhartha Nauduri, Senior Analyst of GGGI, followed by discussion on the experiences of capacity building activities in developing countries in the context of enhancing capacity to address climate change by Byungki Ahn, Director of Global Forest Resources Division, Korea Forest Service; DongKyun Park, Head of Forestry Programs of CSDLAP; and Kyuwon Kang, Assistant Professor, Korea University.

The last session, moderated by Professor Suh-Yong Chung from Korea University, focused on understanding different roles of international organizations and the governments in the context of capacity building needs for developing countries. Sarwat Chowdhury, Policy Specialist of UNDP Seoul Policy Centre; HyoYoul Kim, Principle Program Development Specialist of GGGI; and Dr. DongKyun Park, Head of Forestry Programs of CSDLAP gave presentations on the issues on gender, climate finance, and forestry capacity building in developing countries from the view of the IOs and the governments. Then the panelists from six countries (Sri Lanka, Botswana, Nepal, DR Congo, Ethiopia, and Vietnam) discussed the current climate-related issues they face and how to resolve those issues from their experiences as an official in developing countries. 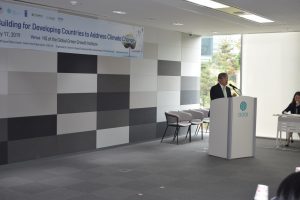 GGGI and the Center for Global Climate and Marine Governance of Korea University are organizing a series of the international workshops on capacity building for developing countries. Attended by more than 120 participants, this workshop is evaluated as an successful case which facilitated sharing experiences among the related experts, organizations and the governments from different countries thereby searching for how to enhance capacities of developing countries to address climate change. 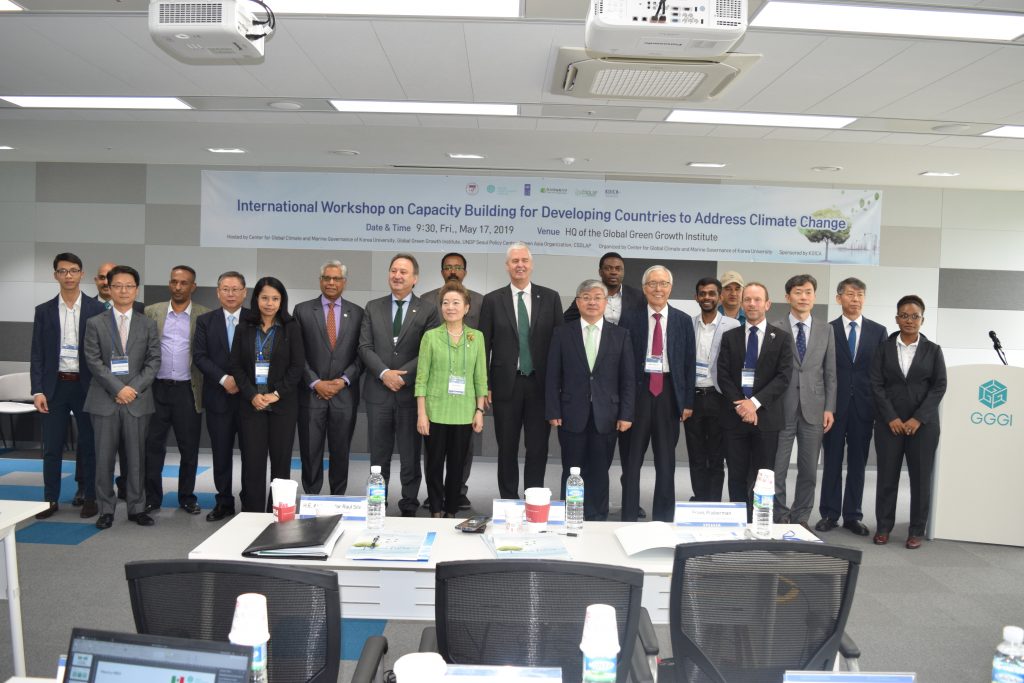