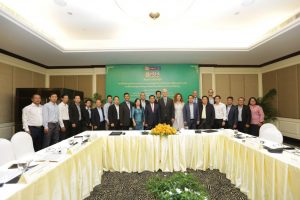 PHNOM PENH, Cambodia-November 27, 2019 – The Global Green Growth Institute (GGGI) Cambodia, together with the Ministry of Environment (MoE) and the National Council for Sustainable Development (NCSD), hosted a high-level meeting on the project “Refuse Derived Fuel Investment”. During the event, GGGI introduced the project and presented the findings of the pre-feasibility study in order to further proceed with the project under the government’s support. The meeting was co-chaired by GGGI Director-General, Dr. Frank Rijsberman, and H.E. Sao Sopheap, the Environment Ministry’s Secretary of State.

Solid waste has become a huge challenge in Phnom Penh. Due to population growth and increased consumption levels, Phnom Penh produces 3000 tons of solid waste per day. The Phnom Penh Sustainable City Plan 2018-2030 targets solid waste management strategy as one of the potential green investment projects, thus Waste-to-Fuel (W2F) is an essential and relevant project for the city. 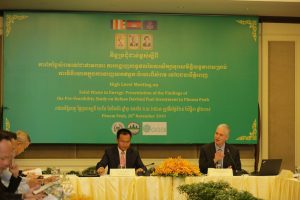 In his welcome remarks, Dr. Rijsberman addressed the need for city development to go hand in hand with environmental protection that ensures a clean and green city of Phnom Penh. “RDF presents an attractive solution because it requires a relatively low capital investment. I am excited about this project as it offers the potential for addressing one of the main environmental issues in Phnom Penh while creating jobs and economic growth, which are some of the main GGGI priorities.”

Refuse Derived Fuel (RDF) is the fuel produced after the process of separating the combustible from the non-combustible materials of municipal solid waste (MSW). The caloric value from the process will then be transferred to power in the cement factories as an alternative to using coal. As landfills in Phnom Penh municipality are filling up, and the city keeps generating waste, RDF is an effective solution to cut down waste from being sent to those landfills. In addition, the use of RDF will help to reduce air pollution, which also contributes to the mitigation of climate change.

A recent report by GGGI shows a significant growth of economic boom in Cambodia, which results in a huge demand of construction materials, particularly cement. In fact, cement factories in Cambodia import low quality coal from Indonesia that is costly and contributes to air pollution. With the RDF project, we can obtain cheaper fuel to replace the imported coal, which will be more affordable and environmentally friendly.

His Excellency Sao Sopheap said that RDF can be a great solution to non-recyclable waste, and the government is working on investing in technology for the project. But these technologies must be financially viable to be successful.

In the panel discussion led by His Excellency, GGGI sought support from the government to carry out phase 2 of the project, its support options, and its type of involvement in the project. A lot of positive responses were heard for the project. Government counterparts agreed that RDF is indeed an attractive solution to tackling waste in Phnom Penh city, as the pre-feasibility study shows the project is technologically and financially viable. 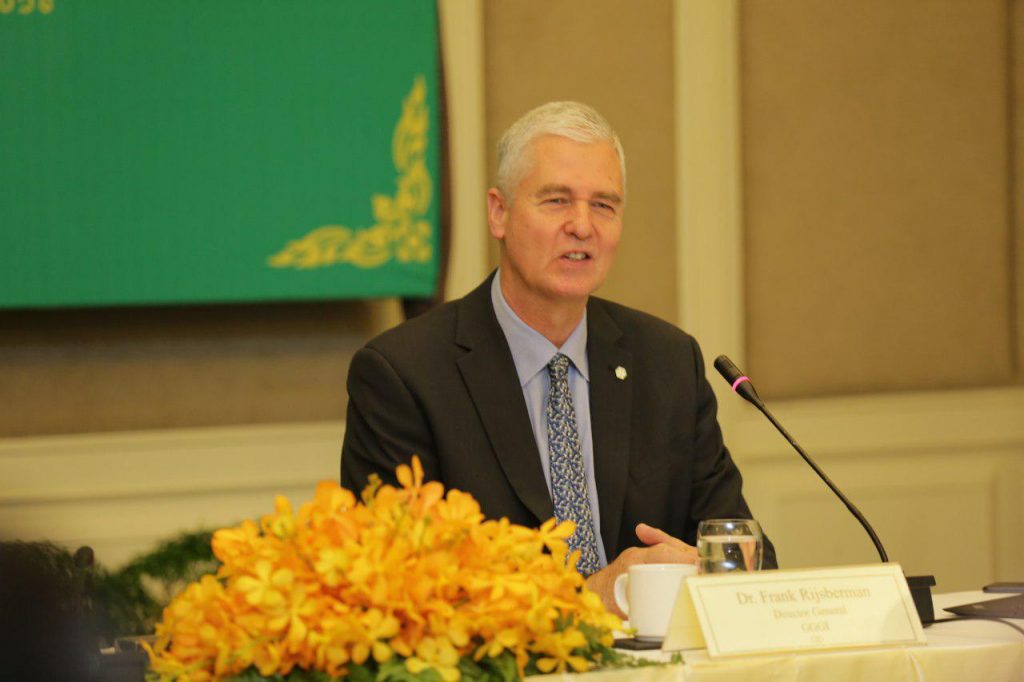