March 5, 2021 – The Global Green Growth Institute and Ministry of Finance (MoF), under the GCF readiness project, organized a one-day NDA engagement workshop on draft concept notes prepared for GCF in Adama, Ethiopia. The workshop was a continuation of a series of events organized as part of the GCF readiness capacity building support program. The workshop was attended by senior officials of the Environment, Forest, Climate Change Commission (EFCCC) and the Nationally Designated Authority (NDA) Sector Ministries that implement Ethiopia’s CRGE strategy. GGGI team has been providing technical support to the drafting 7 concept notes that were presented and discussed in the workshop.

The main objective of the workshop was to facilitate discussions between the NDA of Ethiopia, which is the entity the leads the Green Climate Fund (GCF) country programming process, and the Sector Ministries that have drafted the concept notes for submission to GCF. Specifically, the workshop was intended to facilitate discussions on areas of intervention, approaches, implementation framework and other related issues and ensure the alignment of the drafted concept notes with the national programs.

GCF is amongst the sources of climate finance that can be approached to unlock resources for climate change adaptation and mitigation programs. To mobilize resources from GCF, it is important to understand the key process of developing project proposals and concept notes. Through its readiness support project, GCF provides capacity building supports targeted to strengthen institutional and technical capacities. Ethiopia’s GCF readiness support is intended to strengthen the Ministry of Finance (MoF), GCF -an Accredited Entity (AE) in terms of its institutional, program management and delivery capacities, including pipeline development, review, appraisal and monitoring and evaluation. The readiness support is also aimed at strengthening MoF’s systems for ESS environmental and social safeguards (ESS) and ensuring gender equity and equality. Through such supports, the readiness project ultimately targets to support the upgrade of the accreditation level of the MoF.  GGGI is an implementing partner executing the readiness project in close collaboration with the AE (MoF) and the NDA (EFCCC). 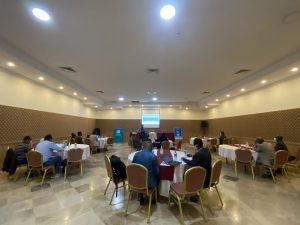 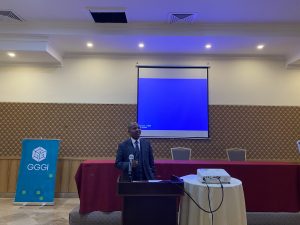 Under the support of the GCF readiness project, series of capacity building trainings and workshops have been provided to experts working at the federal and regional offices of the CRGE Units. A capacity building training workshop on GCF concept note preparation was organized to focal points and senior experts of the CRGE strategy implementing line ministries ((Ministry of Water, Irrigation and Energy, Ministry of Industry, Ministry of Agriculture, Ministry of Mines and Petroleum and Ministry of Transport) in November 2020. This training workshop was followed-up with a concept note write-up workshop which was held in January 2021. In the write-up workshop, skilled and experienced experts provided supports to further develop the draft concept notes following the templates and requirements of the GCF. The NDA engagement workshop was a continuation of these series of initiatives as integral element of concept note development process.

The event was attended by EFCCC’s Director General for the Resources Mobilization General Directorate. This General Directorate is an organ responsible for providing general directions and coordination of resource mobilization programs. The NDA who is a focal point in the overall coordination of GCF related activities was the other participant of this event. Engagement of the NDA was the major target of the workshop to ensure buy-in and alignment of the proposed activities with the overall national climate programs and strategies.  Experts of CRGE implementing Sector Ministries made a presentation on the concept notes they have drafted with the support of GGGI- GCF readiness support project. A discussion was then held on the presented concept notes and feedback from the NDA was gathered. The sector ministries benefited from the valuable suggestions and inputs of the NDA. The NDA provided feedback from the experiences of ongoing and pipeline projects. The inputs were also relevant in terms of maintaining the proposed intervention areas with country priorities and in view of existing GCF and other initiatives. Furthermore, the workshop provided a space where the newly appointed GGGI Country Representative for Ethiopia, Dr. Gemedo Dalle, to introduce himself and reflect on GGGI Ethiopia’s renewed commitment to support the national efforts aimed at  achieving a low carbon green economic development. 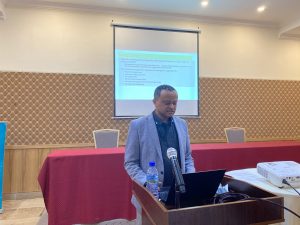 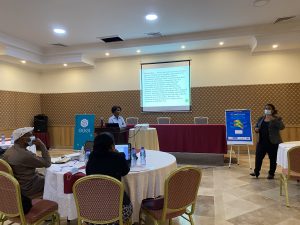 The Director General for Resources Mobilization General Directorate has underlined the significance of strengthening capacity building in resource mobilization. He said that ‘’resource mobilization is key for the successful implementation of national programs. We have noted that all the shortcomings related to the implementation of Growth and Transformation Plan (GTP I) were all linked to inadequate finance and the limited capacities to mobilize resources”. The DNA underlined the need to follow programmatic approach and said that ‘’ attempts should be made to merge some of closely related concept notes and to develop consolidated programs that fall within the country’s priority’’.

The Director General of the Resource Mobilization General Directorate expressed his appreciation to the efforts of GGGI in building capacities that has been contributing to filling major gaps of the Commission. He called up on GGGI to continue with such valuable supports. Similarly, the NDA appreciated GGGI’s efforts in strengthening Ethiopia’s access to GCF and pipeline development. The NDA assured its commitment to provide the required supports for further refinement of the draft proposals and improve the qualities to meet the requirements of GCF. Accordingly, it was agreed that GGGI, the NDA and the sector ministries will work together to update the proposals with the feedback of the NDA so that prioritized concept notes will be submitted as per the guidance and standard of GCF. Efforts will also be made to follow programmatic approach and merge some of closely related projects. 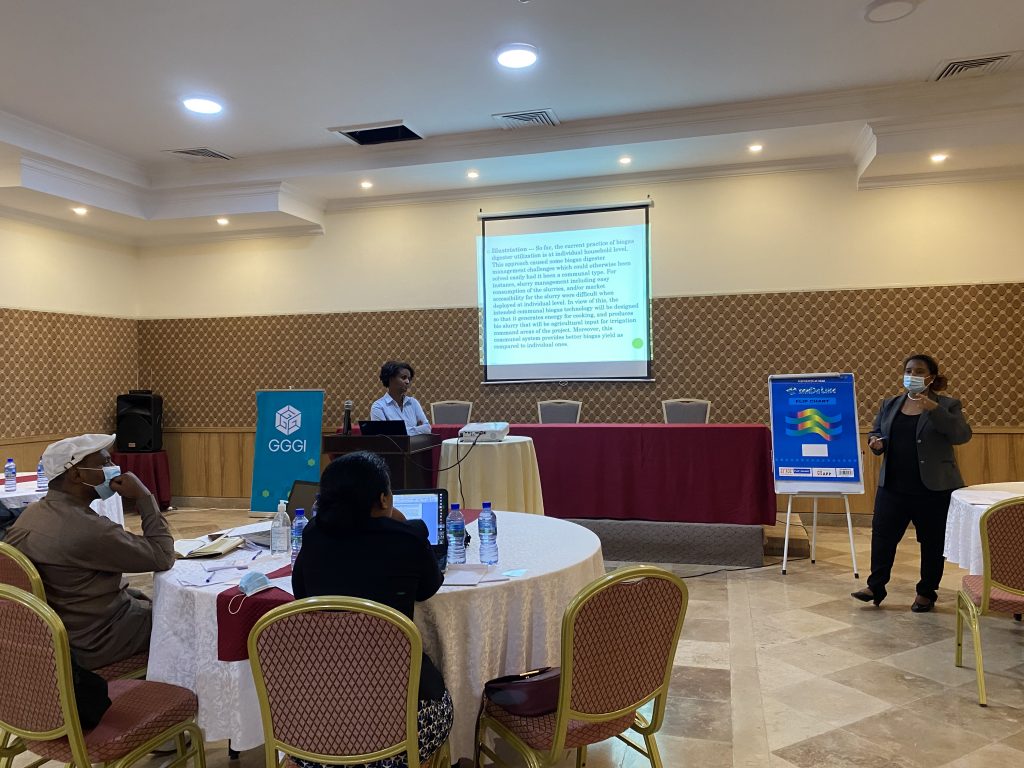