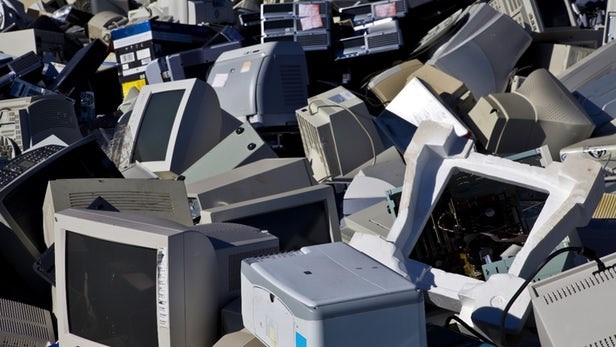 The amount of e-waste being produced – including mobile phones and computers – could rise by as much as Five Hundred percent over the next decade according to the UN. Such rapid growth, it argues, will create intractable problems for people’s health and the environment as much of the waste contains toxic material and decays. Get it wrong and the resulting e-waste is a toxic hazard, get it right, and it can turn into a valuable resource.

Besides global warming, e-waste is one of the most threatening environmental and public health problems in the world for two reasons. First, it is hazardous as it contains numerous substances such as lead, cadmium, mercury and brominated flame retardants. Many of these are toxic and complicated to process thus, they have to be disposed carefully. Secondly, e-waste is being generated at an alarming rate.

The constant evolution of technology means that gadgets quickly become outdated. It is estimated, in the 2019 digital economy report by UNCTAD, that sales of electronic gadgets such as computers, televisions, monitors and console game platforms are growing internationally from 10 percent to 400 percent annually.

Toxins arising from e-waste have been found to cause brain damage, birth defects, allergic reactions, and cancer. Dismantling, material recovery, and final disposal of e-waste are the source of major environmental and human health impacts. The groups severely affected by e-waste toxins include children, pregnant women, elderly people, people with disabilities, workers in the informal e-waste recycling sector and waste scavengers.

Most e-waste is handled by the informal value chain actors like waste collectors, waste buyers, junk shops, waste-recyclers, and waste re-processors. Uganda has an opportunity to organize these players and develop a blueprint for a sustainable recycling system. Uganda has the opportunity to learn from Kenya which, 10 years ago, turned around its e-waste industry. The drive was led by Hewlett Packard that brought together a group of its recycling experts, financiers, regulators, and academics. For recycling knowledge, it partnered with the East African Compliant Recycling (EACR). For developing the regulatory environment, the Kenyan authorities came on board, while the University of Northampton delivered recycling training and awareness. 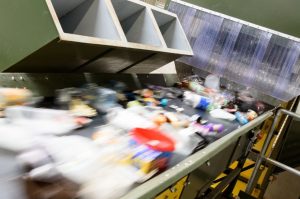 Whereas steps have been taken in the handling of telecom waste, the rest of the e-waste from computers, toys, fridges, freezers and television sets remains with the free-will handlers. This leaves room for such waste to be handled irresponsibly.

It is against this background that the Global Green Growth Institute (GGGI) intends to undertake an analysis of the e-waste value chain. It is intended to assess the efficiency of the existing policies, institutional and regulatory frameworks, the value chain actors, the necessary safeguards, management and investment opportunities. International best practices will be used to identify the potential and incentives needed to create green jobs.

The assessment will be undertaken in close collaboration with government ministries, agencies, and local governments. The result will call for a range of partners to provide solutions that protect the environment, health and create millions of green jobs.

Such solutions will include circular opportunities, which empower organizations to move away from take-make-dispose linear production, towards business models that allow goods to be designed and produced for extended use, disassembly, reuse and recycling from the start. Products produced are regenerative and restorative by design. 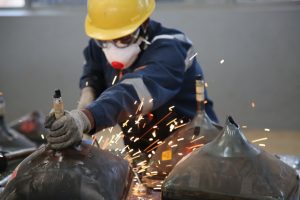 Work at an e-waste facility

Photo Credit: Beyond the green fund for Africa