“What Does Green Development Actually Mean?”

Recently, the term ‘green growth’ has rapidly encroached on the international public debate. The role of participative governance is central to the inclusive green growth model that Uganda has instituted into its development plans, such as the National Development Plan III. This has encouraged a green growth and sustainable climate for investment. Consequently, it has fostered individual creativity and green innovation in the country.

The country remains a predominantly rural society. In 2020, 24.95 percent of the total population of Uganda was living in cities and urban areas. While most agricultural production in Uganda is for subsistence rather than a commercial orientation, agricultural products nevertheless continue to make up most of Uganda’s exports. However, the agricultural sector is languishing. On the other hand, some aspects of the Ugandan economy are indeed transforming. The country is urbanizing.

The transformation of the population to a middle-income society has been at the center of the development vision of the political leaders of Uganda, particularly at the presidential level. However, the implementation of these policies has not resulted in the level of success intended.

The Global Green Growth Institute (GGGI) has, for the past years, supported Uganda in achieving its green growth ambitions. One of the interventions, that has been employed with an aim of curbing the negative impact of urbanization and the growing industrial sectors in the country, is the implementation of the Greening of Uganda’s Urbanization and Industrialization project. This project aims to promote sustainable development and inclusive Green Growth in Uganda. It focuses on green city development, green industrialization, efficient waste management and green growth integration into planning and budgeting. This is to ensure Uganda is achieving maximum benefits from a green growth pathway.

It is against this background that GGGI contracted Mott MacDonald to draw the physical development plans and industrial plans for the secondary cities of Gulu, Arua, Jinja and Mbarara and the industrial parks of Pakwach, Gulu, Soroti and the Entebbe free zone. A field mission to the respective districts was organized by GGGI with Mott MacDonald, Uganda Investment Authority, and the Uganda Free Zones Authority. This was to enrich the current interim draft situation analysis report, with local consultations and the verification of interim conclusions. The mission’s objective arose from concerns arising from an awareness of urban spatial development pressures. This called for community engagements to capture the community views in terms of what is there now and what might be the best way to plan the city for the future. 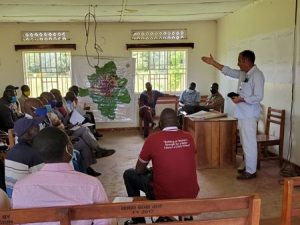 Physical Development Plan Consultations during the mission in Gulu City

In the month of September 2021, a team from GGGI and Mott MacDonald set out to consult the district stakeholders on the Physical Development Planning (PDP) of Arua and Gulu cities. From several discussions held, Uganda has a most important opportunity to plan new cities at the physical development plan level, to become a model for future planned rapid urban expansion.

Engaging with the sub-county local leaders ensures that the team acquires information about the peoples’ preferences so that they can play a part in the decisions regarding the city plans. Public participation helps transform peoples’ wishes into reality. This is because people in the local community know about the traffic or problems or needs in a particular area. Therefore, the planners had an opportunity to learn about these issues through public involvement.

The physical development in these cities is mostly dominated by private investment., It has been observed that the predominant land use in all cities is housing, clear road planning and their consequent land uses. Although the land use composition can vary considerably depending on the function of a city, residential land use is the most common, occupying between 65 and 75 percent of the footprint of a city. Commercial and industrial land uses occupy 5-15 percent and 15-25 percent of the footprint, respectively.

The synergy of all the players in the PDP process was to rationalize and guide local authorities in these cities along future infrastructure corridors. This is crucial for future spatial planning from a greening perspective. 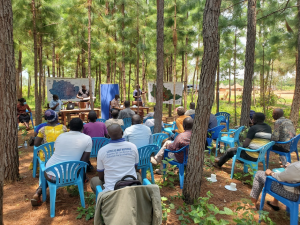 One of the issues considered during the community engagements following presidential directives. This requires the city leadership to map, gazette, and plan for straight roads with a 1km2 radius between each road, as the roads are to be 30 meters wide and should span the entire city. This created an opportunity to have a clearer physical development plan for the proposed cities that takes green growth into account. This is one of the technical considerations in developing green growth compliant physical development and investment plans for the cities of Arua and Gulu.

The directive further necessitates city administrations to gazette infrastructure corridors with mark stones and/or trees and vegetation to minimize encroachment until the roads are opened up in the future; the encroachment is seen in Kampala metropolitan city today. This is an opportunity to anticipate future infrastructure and to plan for service ducts within cities. This will minimize the challenges that come with growing cities. These include environmental threats, inequality, governance issues, and unproportioned distribution of resources.

This, therefore, requires public participation to a level of engagement as an effort involved in achieving the initial steps towards community spatial awareness for future engagement in PDP preparation. The need to introduce an initial level of engagement is an effort to create an understanding of town planning with the issue of principle being the ultimate success of physical development planning regarding the engagement and support at local levels.

Industrial parks have contributed to the national as well as the local economy in terms of employment generation, income tax, capital investment and export and import substitution, technology transfer and cultural integration. The move towards green industrialization is set to curb the adverse impact of climate change from industrial activities. Climate change requires anticipating local and global effects of climate breakdown and preventing or minimizing potential damage. Thus, is a need to be aware of these impacts, and act to mitigate risks to the parks.

Uganda Investment Authority (UIA) and the Uganda Free Zones Authority (UFZA) together with Mott MacDonald and GGGI paid visits to the industrial parks of Pakwach and Gulu led by the project lead, Dr. Ronald McGill. There are four major issues that arose from the mission engagements concerning the industrial parks’ consultations.

However, this introduced another issue of principle, capacity building. Having participants sit at an event for a day or two then left without a tangible result, very rarely, leads to increased knowledge let alone, improved productivity. 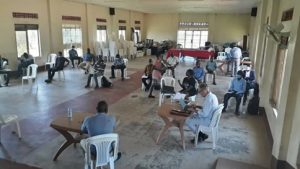 Consultations on the Pakwach Industrial Park

It was suggested that the learning-by-doing model be adopted. This allows the participants to uncover the solutions through careful moderation by the trainer. From agreeing first on the frequency of a park management team or group meeting to participation, the suggested functional representation could be city council, industrial presence in the parks, Uganda Investment Authority/Uganda Free Zone Authority (if the latter has a presence in the park) and community or user representation.

After having capacity building done for all stakeholders, another issue rises, park management. Both Uganda Investment Authority and Uganda Free Zone Authority were available in the engagements. They agreed that there are no formal park management systems in place. It was recommended to have a strategic and operational park management arrangement for all the four locations and operational details developed locally, in the learning-by-doing method. Declaring industrial parks and free zones is one thing. Turning them into a working reality is quite another! This will ensure a smooth transition and ease the operations and management of the park.

The last issue is contextual infrastructure provision; the industrial parks should be ‘investment ready.’ This means that the park has full functioning water, sanitation, electricity, roads, drainage, flood control, and service corridors’ provision. The issue of the park being ‘investment ready’ raises wider concerns. The first concern is developmental. Having parks investment-ready ensures sustainability.

With support from ministries, agencies and independent departments, recent successful engagements from both the Uganda Investment Authority and the Uganda Free Zones Authority show support for technical assistance in developing green growth compliance. This is for physical development plans and investment plans for the three secondary cities of Jinja, Arua, Gulu and Mbarara and investment plans for four Industrial free zones/parks in Uganda, i.e., Soroti, Gulu, Pakwach and Entebbe. 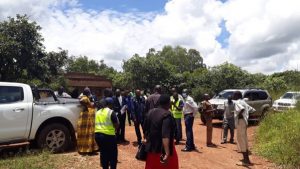 In conclusion, the focus of green growth strategies for Uganda will ensure that our natural assets as a country can deliver their full economic potential on a sustainable basis. That potential includes the provision of critical life support services. These include clean air and water, and the resilient biodiversity needed to support food production and human health. With green growth incorporated into the ongoing planning process, the pathway towards a green economy for Uganda as a country is surely secured. 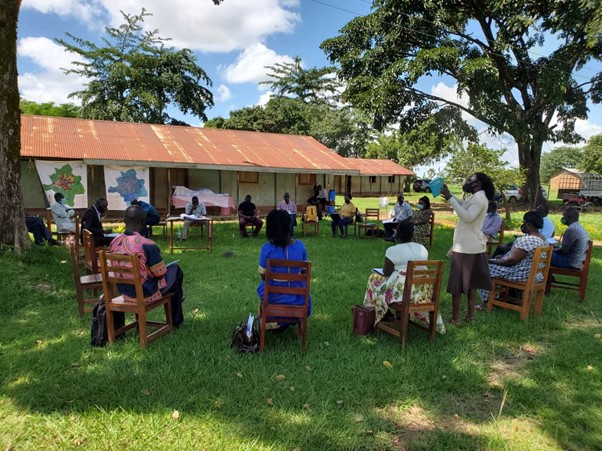