Two events were held in Port Vila on May 15 and 16 for the National Green Energy Fund (NGEF), a Stakeholder Workshop and an Investor Forum by the NGEF Unit under the Ministry of Climate Change supported by the Global Green Growth Institute (GGGI) and the Green Climate Fund (GCF).  The NGEF is the first national financing vehicle for the Vanuatu energy sector that will contribute to the achievement of the country’s energy access and sustainability targets by 2030 as laid out in the National Energy Road Map (NERM).

On May 15, more than 20 representatives from Government agencies, local commercial banks, credit unions, solar suppliers, and other private sector companies attended a stakeholder workshop which presented the key findings of the NGEF renewable energy and energy efficiency market demand assessment/sector studies and identified a project pipeline of more than 25 opportunities for the NGEF to invest in the following three key areas: rural electrification, energy efficiency and on-grid renewables. In the afternoon, the stakeholders sat in break-out groups to examine specific project examples and further development and validate these ideas.

On May 16, an NGEF investor forum was organised purposely to inform Vanuatu’s development partners on the progress made to date to set up the Fund and solicit interest from donor partners on pipeline projects. In his opening remarks, the Chair of the NGEF Taskforce, Mr Jesse Benjamin, the Director General of the Ministry of Climate Change, expressed gratitude to development partner organisations which were represented at the forum. He also acknowledged the support from institutions who have expressed an interest in the NGEF. “It is through such partnerships that Vanuatu will be able to accelerate the achievement of the National Energy Road Map targets”, said Mr. Benjamin.

The National Green Energy Fund (NGEF) is intended to serve as a tool for the Government of Vanuatu (GoV) to mobilize a significant pool of financial resources to meet the following objectives:

These objectives are in-line with the Nationally Determined Contributions (NDC) of Vanuatu to achieve 100% renewable electricity production by 2030 and the NERM target of 100% rural electrification by 2030. These targets are aligned with the broader national targets stipulated in the National Sustainable Development Plan – People’s Plan (2016 – 2030) that was adopted by Government of Vanuatu in November 2016.

Donors and development agencies who attended the Investor Forum congratulated the Government of Vanuatu for the setting up of the Fund and contributing seed funding towards the initial operations of the Fund.  Donors will communicate further with the NGEF Unit and the NGEF Taskforce for technical and financial support to implement the NGEF.

The workshops are a deliverable of the GCF Readiness support to the Government of Vanuatu towards a Demand and Technology Feasibility study for the NGEF. The NGEF Unit wishes to thank the GCF for its support and donor and development agencies based in Port Vila and those who travelled within the region, private sector, commercial banks and energy suppliers who attended the two events, as well as GGGI for its technical support for the NGEF to date. 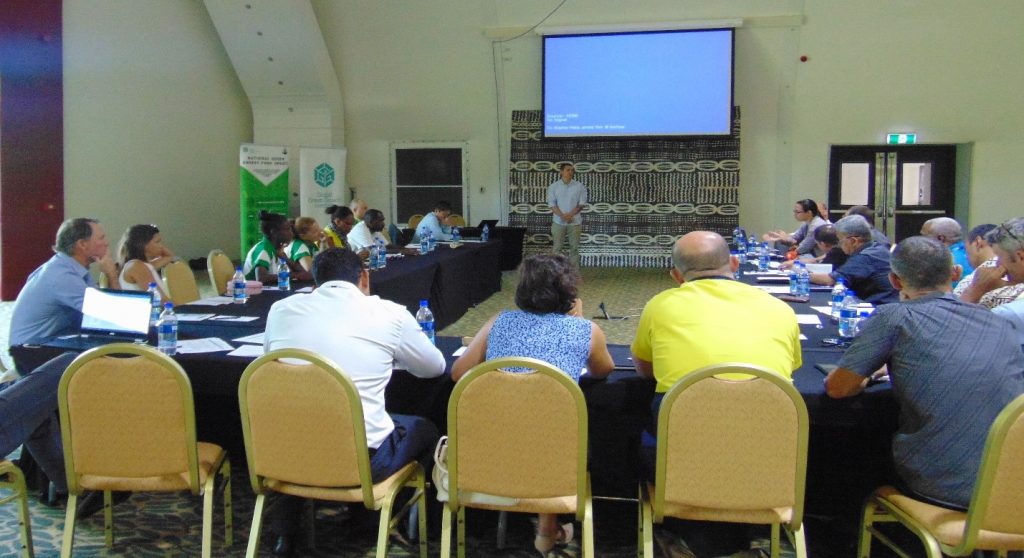