On April 17, 2019, the GGGI Uganda office organized a validation meeting to present the pre-feasibility study report of the ongoing study under the sustainable energy-water solutions for medium to large scale irrigation of commercial farming in Uganda.

The workshop was presided over by the Hon. Minister of State for Environment, Hon. Mary Goretti Kitutu, the Deputy State Secretary of the Government of Hungary, Dr. Bortos Barbara, the Director of Africa and Europe, Mr. Dexippos Agourides and the Global Water and Sanitation lead, Mr. Peter Vos. Among other key stakeholders in attendance were development partners GGGI staff, (FAO, Austrian mission), Government of Uganda MDAs (Ministry of Water and Environment, Ministry of Agriculture, Animal Industry and Fisheries) and the private sector (Finance trust bank and Solar Now).

The project is funded by the Ministry of Innovation and Technology of Government of Hungary since November 2018 shall provide a justification using renewable energy sources in medium to large scale irrigation of commercial farming based on sustainable water management principles as well as to develop two bankable project designs of commercial farming in Uganda.

A Consortium of three entities led by Trinity Enviro from Hungary, including Viziterv Export from Hungary and Solar Now from Uganda were selected conduct the feasibility study and on April 16, 2018, the team was honored to present the pre-feasibility findings.

During the workshop, the Hon. Kitutu acknowledged that the project is In-line with GoU national priorities and a national concern as Uganda is currently affected with diverse effects of Climate Change such as instant floods, scanty rains which have an effect agriculture production. However, She urged the project team to study carefully the potential of ground water as Uganda has a poor water regime and establish water storage system for irrigation. Now, Uganda’s water storage system stands at 39,000,000 cm3 which is not enough. It is important to note that some farmers in Uganda have already started practicing smart agriculture and are already seeing the benefits of adopting irrigation. Hon. Minister also called upon Ugandans to protect the existing forests as well plan more trees as a good environmental protection practice.

Dr. Barbara Botos said that the Government to Hungary is committed to continuously support the GoU to share its experience and expertise in curbing climate change through shared lessons as Hungary was once affected by Climate change and has learnt from experience to curb it and also pledged support in the mobilization of fund for the Climate Finance Projects. It was also emphasized during the selection of the 2 sites, the issues of land ownership should be given special attention.

The pre-feasibility assignment was started in November 2018 and it is due to finish in June 2019. 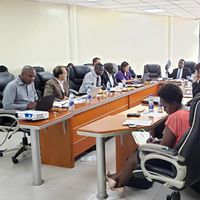 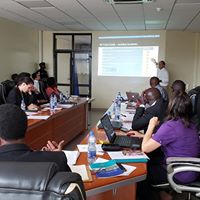 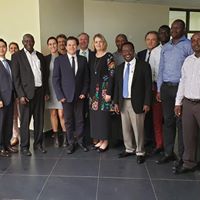