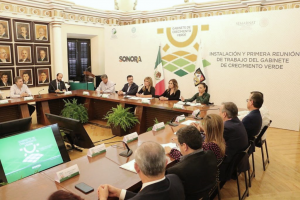 The state government of Sonora (Mexico) officially installed its Green Growth Cabinet today, further demonstrating the province’s commitment to be at the forefront of subnational green growth planning and implementation. Earlier in May 2017 the state Governor, Mrs. Claudia Pavlovich, and GGGI signed a Memorandum of Understanding (MoU) to develop Sonora’s Green Growth Strategy. Both the Strategy and Cabinet are the first of their kind in the country.

The Sonora Green Growth Strategy consists of a vision, 4 objectives, 10 themes and 33 lines of action that will guide the state’s efforts towards a development trajectory that simultaneously seeks economic, environmental and social goals. Complementarily, a governance structure was developed by GGGI to institutionalize the current efforts, so that:

The recently installed Green Growth Cabinet (full infographic in Spanish here) is a key first step into the consolidation of the Green Growth Strategy’s governance. The Cabinet consists of the following state government officials:

During the event, Luis Carlos Romo, head of the state’s Ecology and Sustainable Development Commission (CEDES), assumed the role of technical secretariat. The role is expected to lead the Green Growth Cabinet’s efforts, coordinating its peers (Advisory Council; working groups) around the discussion and implementation of the Green Growth Strategy initiatives. The Secretariat is expected to lead the socialization process and serve as a point of contact, facilitating the link with other relevant actors and stakeholders of the Strategy.

Enrique Lendo, head of the International Affairs Unit of the Federal Ministry of the Environment (SEMARNAT), congratulated the Government of Sonora for achieving both milestones: “(The state of) Sonora is a pioneer and has a unique green growth strategy in the country. A strategy of this kind puts the Government of Sonora at the forefront of the world, as a modern, progressive state that is willing to break paradigms”.

When installing and leading the first working meeting of the Green Growth Cabinet, Governor Pavlovich explained that caring for the environment and having an economic growth should not be considered isolated objectives: “It is time to take care of our environment while pursuing greater economic growth for our country and our state,” she said.

The installation of the Cabinet was received positively by ceremony attendants, which included members of the academia, private sector, NGOs and government agencies. The event was led by the Government of Sonora, with the supporting partnership of the Global Green Growth Institute. 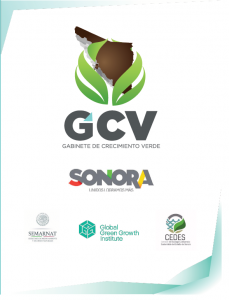 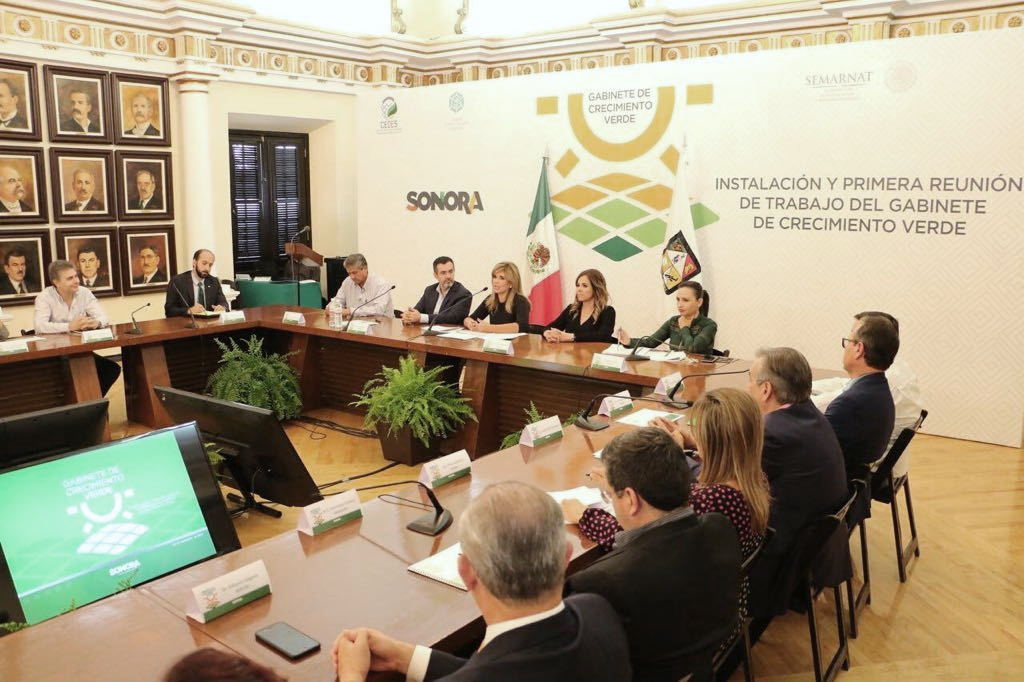