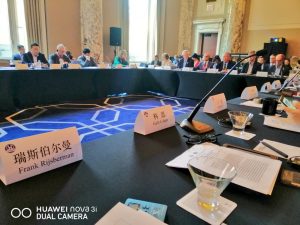 GGGI Director-General, Frank Rijsberman, attended the Collaborative Governance on Climate and the UN 2030 Agenda for Sustainable Development Roundtable Meeting, organized by the China Council for International Cooperation on Environment and Development (CCIDEC) and the BRI International Green Development Coalition (BRIGC). The main discussion focused on China’s climate policy and international engagement through greening the Belt and Road initiative. To date, China has signed MoUs with over 30 countries to green the Belt and Road initiative through South-South collaboration, a workstream co-led by GGGI.

During the discussion, China’s Special Envoy on Climate Change, Xie Zhenhua, shared China’s re-commitment to domestically achieving the Paris Agreement and providing billions of dollars of investment to assist developing countries. He also spoke about the impact of Air Pollution from China on Korea and stressed need for regional cooperation to develop a solution.

Dr Frank Rijsberman, GGGI Director-General, emphasized scope for South-South collaboration based on China’s green technology and finance to green the Belt and Road initiative, including accelerating renewable energy, e-mobility, and energy efficiency in cooling, as well as desert rehabilitation and regional carbon markets. He also shared that a GGGI study regarding countries in the Mekong region indicated great potential for the usage of China’s green technology and finance to accelerate the green transition. 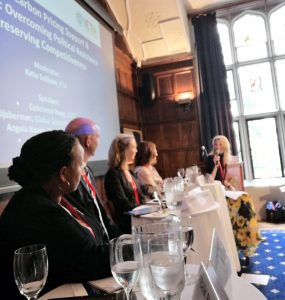 On Sept 24, GGGI Director-General, Dr Frank Rijsberman, spoke at the Carbon Forum North America (CFNA 2019) on Exploring New Horizons of Climate Action and Markets. The CFNA 2019 is an annual forum hosted by the International Emissions Trading Association (IETA) on the sidelines of the UN General Assembly and was held at the Explorers Club in New York City. The event provides a platform for political and business leaders to discuss important climate action and exchange business-driven climate solutions, with a focus on carbon policy, pricing, and finance.

To contribute to the forum, Dr. Rijsberman participated in a panel discussion on Building Carbon Pricing Support & Durability, Overcoming Political Resistance and Preserving Competitiveness, to provide insight on the challenges to carbon pricing, provided examples of best practices and tools to overcome these challenges. During the event, he shared the views and experiences of GGGI member countries regarding Article 6 of the Paris Agreement and carbon pricing. 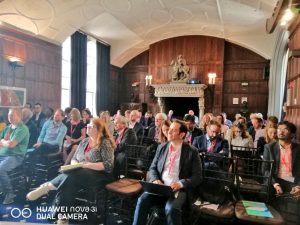 Throughout the session, the designated panelists, including Dr Rijsberman, discussed practices for overcoming resistance to carbon pricing through effective communication, and various policy design options, including cap-setting, tax rates, and role of offsets. Panelists also gave insight into increasing support from the private sector. 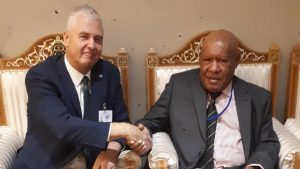 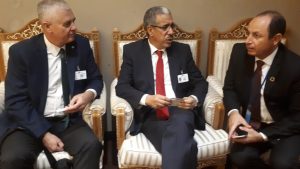 The same day, Dr Rijsberman met with Aziz Rabbah, Morocco’s Minister of Energy, Mine and Sustainable Development, to outline possible avenues for collaboration between GGGI and Morocco, including Morocco’s potential membership into the GGGI. Discussions also took place regarding the Coalition for Sustainable Energy Access co-led by Morocco and Ethiopia, in which GGGI has a role. 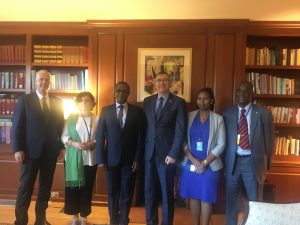 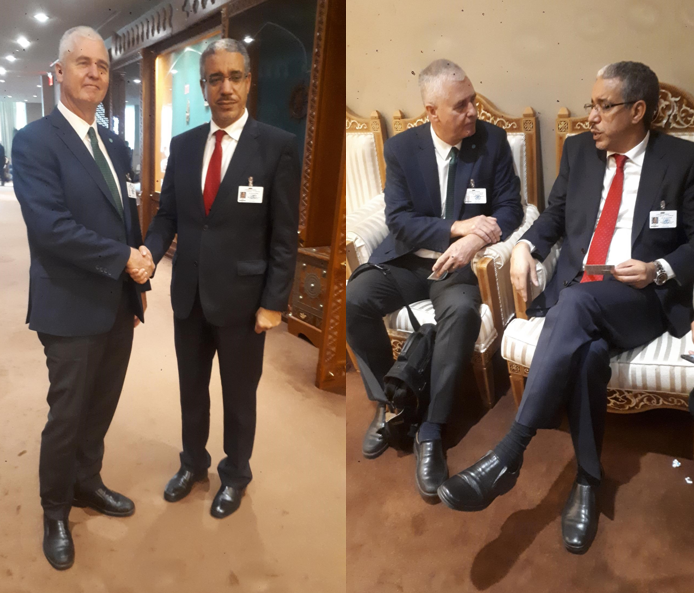