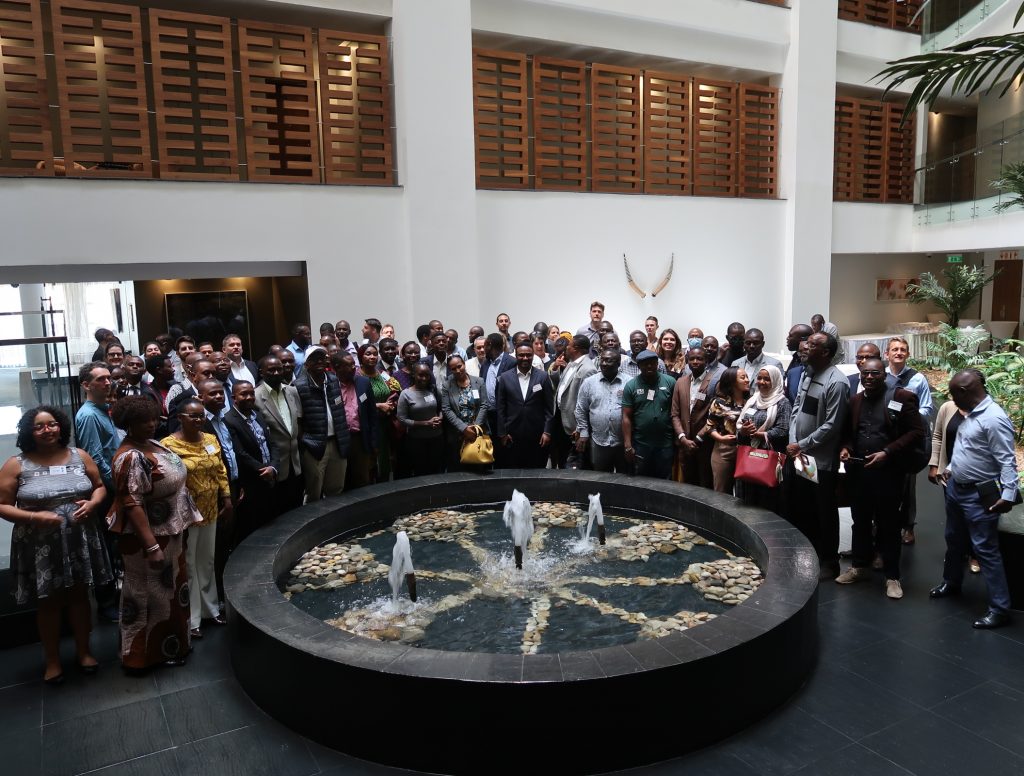 Group Photo of all the participants

The event was successful its its main objective to showcase tools, projects, and initiatives that support the prioritization of walking and cycling in Africa. The City of Kigali was selected out of several possible venues due to its investment in walking and cycling facilities such as the car free zone (known as Imbuga City Walk), bicycle lanes throughout the central business district, and the public bicycle share pilot operated by GuraRide. The aim of the forum was to increase the capacity of government stakeholders to prioritize active mobility, identify and train champions of activity mobility within national and sub-national governments in Africa, to attain commitments on implementing change in the next five years in the areas of walking and cycling initiatives on the continent.

GGGI supported the event as part of an ongoing project on Strengthening, Prioritizing, and Investing in Non-Motorized Transport Infrastructure. Globally, transport contributes an estimated 25% of greenhouse gas emissions (GHG) and is the fasting growing energy end-use sector in terms of emissions. Shifting road users to active modes of transport such as walking and cycling requires infrastructure that can ensure pedestrian/cyclist safety, facilitate multi-modal trips, and can integrate with other modes of transport such as public buses. Increasing the modal share of walking and cycling are the most cost-effective means of reducing GHG emissions in the transport sector. In addition, other initiatives such as car free days (held every other Sunday in Kigali) have been found to reduce air pollution. In Kigali, PM2.5 levels reduced by 15% on car free days. While road design that facilitates walking and cycling is linked to reduced GHG emissions and air pollution, pedestrian walkways and bicycle lanes remain an underutilized tool in the effort to achieve climate action targets in the transport sector. African cities in particular are often designed without the necessary components that allow for walking and cycling, which also promote the health, well-being, and quality of life in cities.

The Mayor of the City of Kigali, His Worship Pudence Rubingisa, opened the event as the guest of honor. During his Welcome Remarks, he highlighted the city’s ongoing efforts to enhance the low-carbon, green city development of Kigali. He mentioned the political will behind the city’s car free days that include participation from the Mayor, the Minister of Sports, Aurore Mimosa Munyangaju, and frequently His Excellency, President Paul Kagame.

The event featured panel discussions, walking tours, knowledge sharing sessions, and a commitment drive to mobilize transport decision-makers to set ambitious targets for the use of domestic budgets on non-motorized transport infrastructure and to ensure sustainable financing mechanisms to integrate pedestrian walkways and bicycle lanes into new road developments and road maintenance. The final day of the forum featured a panel discussion with former Minister of Transport, Linda Bihire, and former Director General of the Road Maintenance Fund, Soteri Gatera, who were decision-makers during the rapid transformation of Kigali’s central business district (CBD). They described how government officials mandated the inclusion of the construction of underground parking for new building permits in order to preserve space for pedestrians and cyclists in the CBD. Such strategies enabled Kigali to integrate adequate walkways and bicycle lanes into its road network and eventually paved the way for the creation of a car free CBD. 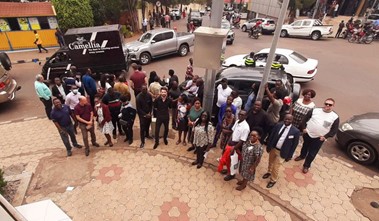 During the final session of the forum, decision-makers, policymakers, and civil society organizations gathered by region committed to follow up actions to implement upon returning to their respective workplaces. These commitments included advocating for a specific budget line within municipal government dedicated to the construction and maintenance of non-motorized transport infrastructure, to regularly assess road infrastructure with the feedback of women, youth, and the elderly, to incorporate the needs of citizens with physical disabilities, visual impairments, and other considerations as vulnerable road users.