Ambassador Cho Shin-hee launched the project by stressing that “climate change impacts in the Pacific region are not just a word written in the text book but it is a matter of real survival of local residents”. Referring to the project, she said that strengthening capacities of government officials and communities in the field of renewable energy and green economy were paramount, so that these knowledge could be used as a reference for decision-making when planning and implementing development projects. 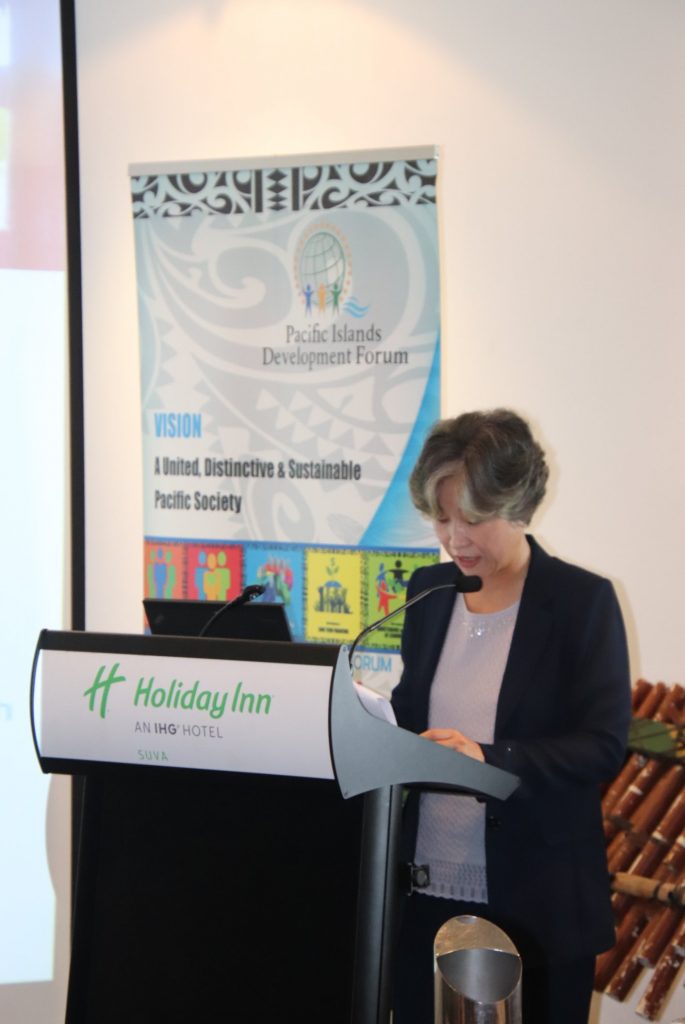 The Project – titled “Capacity Building to Strengthen Sustainable Implementation of Renewable Energy Technologies for Rural Energy Access” is funded by the Korean Government through the Korea International Cooperation Agency (KOICA) and will be implemented through a partnership between the Global Green Growth Institute (GGGI) and the Pacific Islands Development Forum (PIDF).

In her welcome remarks to the participants, Ms. Katerina Syngellakis, Pacific Regional Representative for GGGI said that the subject of discussions over the next two days would be “how can we build the knowledge and skills needed to plan for a greener economy and sustainable, clean and affordable renewable energy-based electrification at the sub-national level”. She further mentioned that “At sub national levels, leaders and community groups can play a key role influencing change and further implementing renewable energy technologies in a sustainable way. At the same time, sharing of knowledge and ideas with sub-national actors will enable them to implement the necessary actions moving forward.”

In his remarks at the launch of the project, Mr. François Martel, the Secretary General of the PIDF said that “While the trend towards more funding for renewables is positive, low disbursement levels and limited support for strengthening local human and institutional capacities may be limiting its effectiveness, and that this is essentially what this project will be addressing”. He mentioned that this also fits well into the PIDF’s mission and vision for the Pacific.

The Regional Planning Workshop is under way for the next two days and has brought together government officials from the Departments of Energy, Climate Change and Local Authorities from Fiji, Solomon Islands, Vanuatu and Papua New Guinea to plan the project implementation. Amongst others, the Regional Planning Workshop aims to further develop the project training materials, identify and confirm target locations and identify target groups for the training activities of the project. 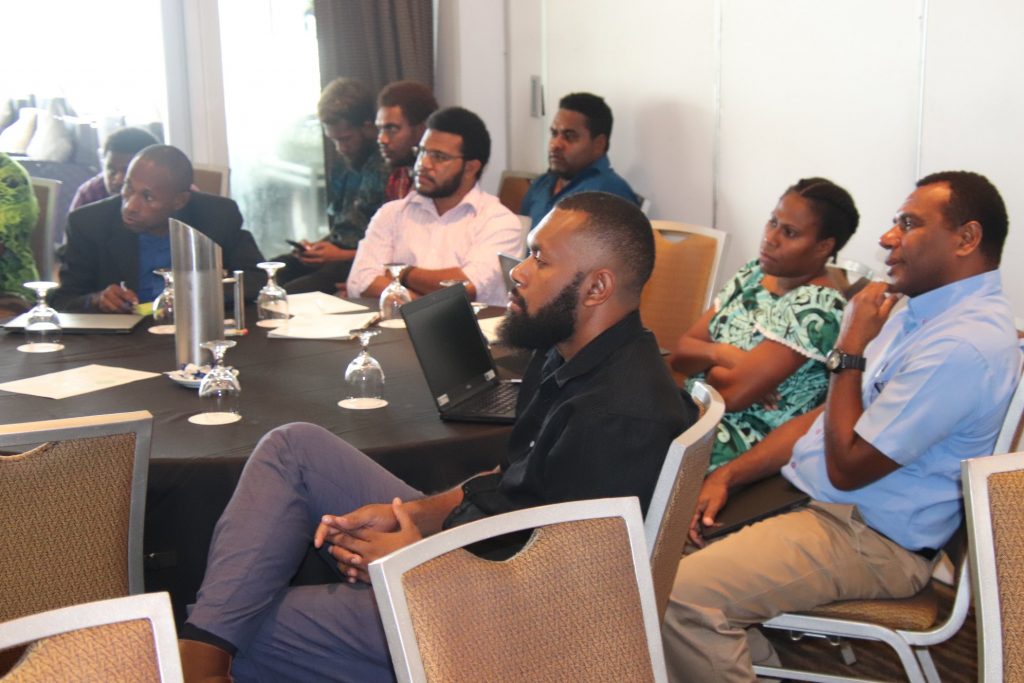 Participants from the four project countries listen to the opening presentation.

The goal of the Project is to drive inclusive, informed decision-making by resource owners and local government officials for integration of Green Economy (GE) and Renewable Energy (RE) into local-level planning, and strengthen implementation of RE for rural electrification by developing appropriate training materials and organizing and conducting training sessions in rural areas of all four target countries for local government officials, traditional/community leaders, women and vulnerable groups, youth, and local technicians. 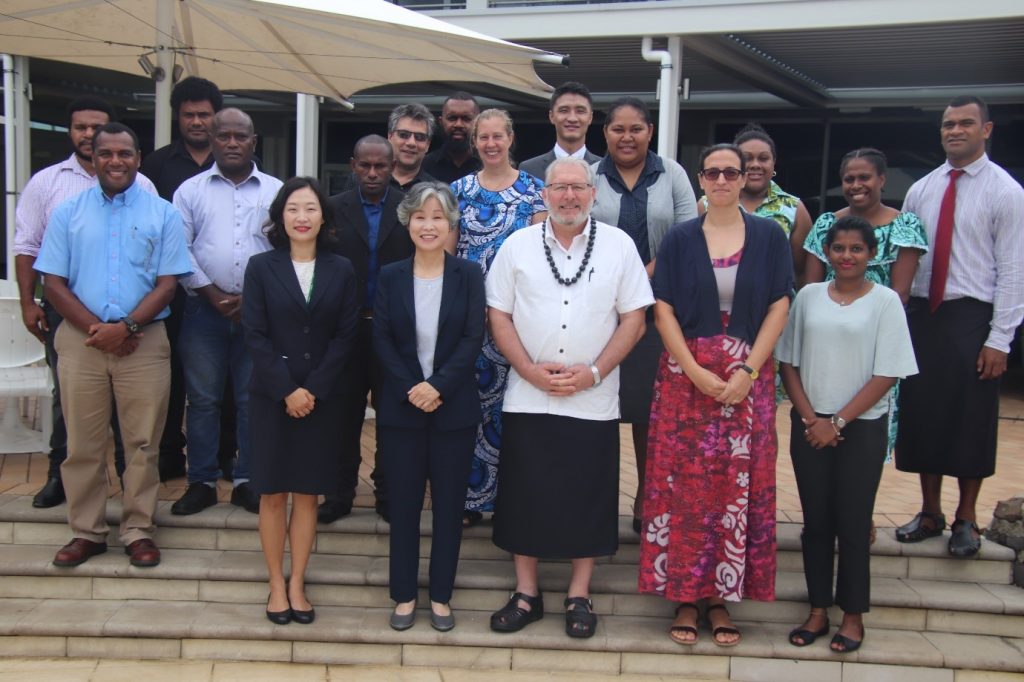 Group photo of the Regional Planning Workshop at the Holiday Inn, Suva.