No “Just Transition” Without Gender Equality

The poorest and most disadvantaged people, especially in emerging and developing economies, are disproportionately affected by negative impacts of environmental degradation and climate change. Women and girls face higher risk of food insecurity compared to men and boys, are more likely to die in extreme weather events, and experience higher mental health impacts due to climate change. The climate crisis is not gender neutral; around 80% of those displaced by climate related disasters are women.[1] Informal employment remains prevalent in countries where climate impacts are most acute: 92% of women in low-income countries are in informal employment in the Global South.[2]

The Covid-19 pandemic and its lingering economic crisis have introduced unprecedented sources of vulnerability, which have become more complex with the illegal war in Ukraine fueling an energy crisis, inflation, increased debt burdens, and food insecurity.

At COP27, there is fear that climate has again been pushed to the margins of the global agenda, especially in a time when actions for Just Transitions–a broader justice agenda arguing that all transitions towards a low-carbon future must be equitable and put the interests of disadvantaged groups first[3]–is more urgent than ever. The Gender Expert Group (GEG) of the Green Growth Knowledge Partnership (GGKP) has been working towards finding possible answers and solutions. An evidence review conducted under the GEG found that gender equality outcomes for just transitions are often left inexplicit, and climate finance is not directed towards initiatives with high impact on gender equality. GGGI and GEG members call for a unifying framework for gender just transitions that supports robust gender outcomes of climate action.

Gender is often left out from being effectively integrated into just transition initiatives with high ambition, leading to gaps in going from ambition to tangible outcomes at impact. Climate finance innovations could be a way to support the realization of gender equality. However, for this to be realized specific actions needs to be taken. While financing levels marked a record high for total climate official development assistance (ODA) integrating gender equality in 2018-2019, those dedicated to gender equality as a principal objective had a 0.04% share of total climate ODA.[4]

Despite these challenges in climate finance flows, providing the necessary resources and opportunities would be the first step in generating just transition pathways. Access to climate finance for poor and vulnerable communities could be strengthened through policies that:

Hence, the question must turn not only to a ‘lack’ of funding, but also to an approach that ensures existing finance reaches people-centered initiatives. Impact for gender equality must address transformations in structural barriers to women’s equal participation in political and economic opportunities.

Towards a Gender Just Transition Framework

GGGI, along with members of the GGKP Gender Expert Group (GEG), has played a leading role in the articulation of a concept for Gender-Just Transitions.  A collaboration among leading green growth organizations, the GEG provides research and capacity building to aid evidence-based policy development on integrating gender equality in green growth.

The GEG identified ‘Gender-Just Transitions,’ particularly gender equality impacts of just transitions across informal economies, as an entry point for knowledge generation and leadership. Members are currently developing a Gender-Just Transitions Outcomes Framework, a unified approach for identifying gender equality outcome domains in just transitions, where process and results indicators can then be set and assessed. The framework has as the transformative goal the transition to ‘low carbon societies and economies,’ with changes in gender equality manifesting as outcomes.

Through explicit articulations of gender equality outcomes and actionable steps, the framework enables the implementation of gender-transformative targets and a way forward for building collective ambition towards more transformative outcomes. Below are potential outcomes identified by the framework:

Going beyond indicators that are often ‘at-entry’ (e.g., number of participants at workshops), the framework pushes ambition for gender equality in climate action, both in terms of what is expected and what is needed. It is the objective that implementing the framework supports policymakers and climate finance stakeholders to build ambition and scale up interventions that have positive outcomes for women and girls. Continued commitment and learning, however, will be needed to ensure these objectives are supported long-term throughout the global transition to low carbon societies and economies.

A call for global action at COP27 and beyond

With the GEG calling for high impact solutions to tackle inequalities in green transitions, GGGI moved into COP27 reconfirming commitment to scale up support to Members and partners. GGGI recognizes the significance of COP on the African continent, where most of the world’s least developed countries are located while also being most impacted by climate change. And within that context, GGGI supports the gender-agenda at COP27 and beyond:

Achieving gender-transformative ambitions will require collective awareness and bold climate action and innovations. There are persisting, if not growing needs as the impacts of climate change exacerbate; it is imperative that we build a collective pathway that reflects our commitment to achieving larger goals through strategic and innovative climate solutions. Doing so would require partnerships that can multiply program outcomes and opportunities for achieving a gender-transformative transition to low-carbon societies.

About the GGKP Gender Expert Group

[1] UNDP. 2016. Gender and Climate Change: Overview of linkages between gender and climate change

[2] ILO. 2018. Women and Men in the Informal Economy: A Statistical Picture (Third Edition) 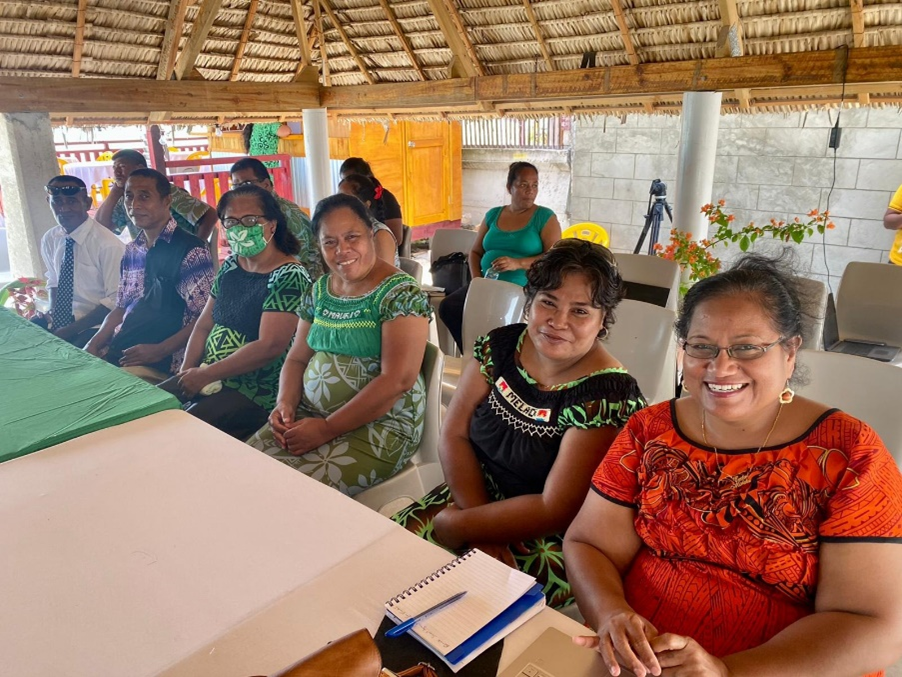