The Minister of Environment and Forestry Siti Nurbaya underlined that climate change mitigation efforts in Indonesia are carried out with a national resilience approach. This was stated at the Climate Festival at Manggala Wanabhakti on Wednesday, October 2. She also gave a reflection on climate actions for the past 5 years and related environmental issues such as forest fires, biodiversity issues and extreme climate. 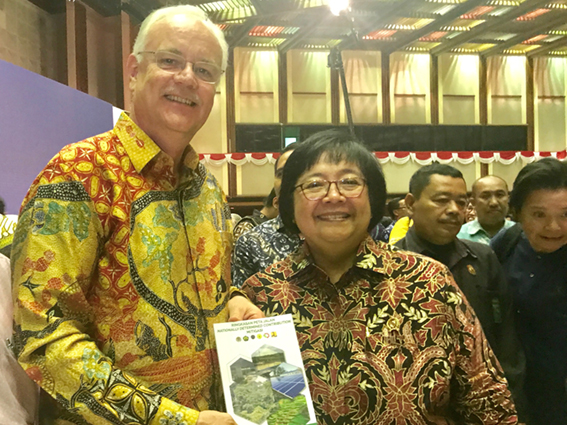 Various situations and challenges identified as impacts of climate change must be faced by continuing to increase national resilience in aspects that encompass the livelihood of the nation, which include the tri-factor of geography, natural resources, and demography, as well as the five-factor of ideology, politics, economy, socio-culture and technology, as well as defense and security. This really depends on the implementation of policy development in the five sectors in the context of sustainable national development and climate resilience. Coordination, synergy and coherence across sectors and levels of governance (central-regional) are key to determining success.

One of the government’s concrete actions to implement the Nationally Determined Contribution (NDC) and achieve its target was developing the NDC Road Map. The roadmap, which is a document developed and compiled together by six implementing Ministries/Institutions on GHG emission reduction activities in five key sectors and supported by GGGI, GIZ and other development partners, was also officially launched at the event. This is a clear evidence of follow up actions of the Paris Agreement and a reference for stakeholders to carry out mitigation measures. 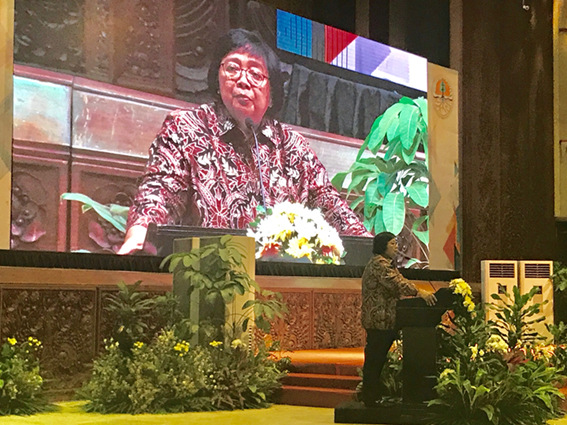 The Road Map does not only elaborate activities that contribute to achieving GHG (NDC) emission reduction target, which is 29% with Indonesia’s own efforts and 41% with international assistance, but also the potential and requirements of policies, funding, technology and capacity to implement NDC, which will commence in 2020. The active participation of local governments, private sector, financial institutions and the community plays an important role in achieving Indonesia’s NDC target.

Minister Siti Nurbaya specifically expressed her appreciation for increasing climate actions, reflecting the growing number of people who care and are willing and able to contribute. By improving the quality of each type of action, efforts to mitigate climate change will contribute to the achievement of sustainable development targets, in line with the theme of this year’s Climate Festival: “Reduced Emissions, Prosper and Climate-Resilient Indonesia”.