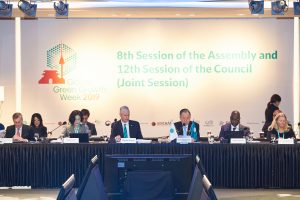 On February 20, 2020 – Mr. Ban Ki-moon, 8th Secretary-General of the United Nations, has officially begun his second term in office as the President of the Assembly and Chair of the Council of the Global Green Growth Institute (GGGI). In his letter to Members of GGGI, President and Chair Mr. Ban reaffirmed his commitment to raise awareness of the Institute and its work to tackle climate change and help countries accelerate achievement of the Sustainable Development Goals (SDGs).

“Leading the Institute is not a new endeavor for me but, rather, a continuation of my previous mission at the UN. Although GGGI is much younger and smaller than the UN, it is a treaty-based intergovernmental organization, the existence of which is to counter climate change by working very much in tandem with the Paris Agreement and the SDGs,” said Mr. Ban.

On October 16, 2019, Mr. Ban was unanimously re-elected by the Members of the Assembly and the Council to serve as GGGI’s President and Chair for another two-year term commencing February 20, 2020. 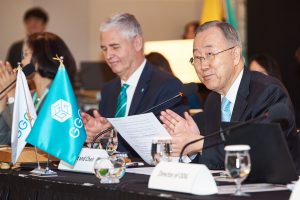 During his first two-year term, GGGI’s membership has expanded to 36 Members, with 8 new Members – namely Paraguay, Tonga, Sri Lanka, Uzbekistan, Burkina Faso, the Organisation of Eastern Caribbean States, Ecuador and Angola – joining the organization. His vision and leadership will help GGGI deliver greater impact for its Members – supporting them to achieve solid and ambitious Nationally Determined Contributions (NDCs) to the Paris Agreement, that are due at the COP26 climate change conference in Glasgow in November 2020.

Many countries, including GGGI’s Members, are stepping up efforts to achieve net-zero emissions by 2050. One of GGGI’s priorities for 2020 centers around supporting its Members to meet their ambitious NDC commitments. In addition, GGGI is contributing to reducing billions of tons of CO2e; increasing access to sustainable services for 600 million people; enabling adaptation services for 16 million people; and protecting 80 million hectares of natural capital throughout the world.

Mr. Ban reiterated the importance of bringing the world together to take action on climate change and move toward a sustainable future – especially as 2020 is a crucial year for climate action, where countries have to recommit to the Paris Agreement.

Based in Seoul, Republic of Korea, the Global Green Growth Institute (GGGI) is a treaty-based international, inter-governmental organization that supports developing country governments transition to a model of economic growth that is environmentally sustainable and socially inclusive. GGGI delivers programs for more than 30 Members and partners – in Africa, Asia, the Caribbean, Europe, Latin America, the Middle East and the Pacific – with technical support, capacity building, policy planning and implementation, and by helping to build a pipeline of bankable green investment projects.

GGGI supports its Members and partners to deliver on the Sustainable Development Goals and the Nationally Determined Contributions to the Paris Agreement. 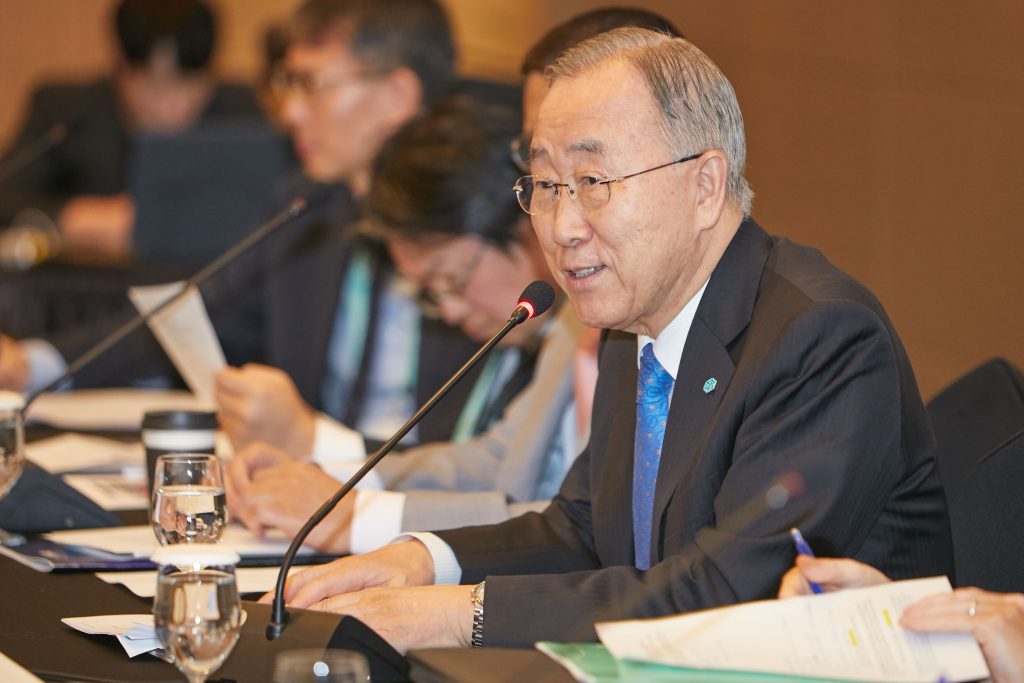