Mr. Ban Ki-moon, 8th Secretary-General of the United Nations, Re-elected as President and Chair of GGGI

SEOUL, South Korea, Oct. 23, 2019 – Mr. Ban Ki-moon, 8th Secretary-General of the United Nations, was re-elected as the Global Green Growth Institute (GGGI)’s Assembly President and Council Chairman on October 16 for the term of February 20, 2020 – February 19, 2022. The 2-year appointment was unanimously approved by the 33 Member countries of GGGI, and announced today during the joint session of the GGGI Assembly and Council in Seoul.

As GGGI President & Chair, Mr. Ban will champion green growth and advocate at the highest levels the need for cooperation and action to address climate change and transition to low-carbon, sustainable and inclusive economies.

In his role, Mr. Ban will enable GGGI to implement its recently adopted Strategy 2030, which aims to build low-carbon, resilient, inclusive and sustainable economies, and strengthen collaboration with other international and regional organizations and initiatives, including the Global Commission on Adaptation and the Republic of Korea’s National Council on Climate Change and Air Quality.

As Secretary-General of the UN between 2007 and 2016, Mr. Ban sought to be a bridge builder, to give voice to the world’s poorest and most vulnerable, and to make the organization more transparent and effective. Mr. Ban worked closely with member states of the UN to shape the 2030 Agenda for Sustainable Development and to establish UN Women.

The 8th Session of the Assembly and 12th Session of the Council Joint Session convened during Global Green Growth Week 2019: Unlocking Renewable Energy Potential. GGGW2019 is organized by GGGI in cooperation with LG Chemical, REN21, the Korea Energy Agency, the Green Growth Knowledge Partnership, the Incheon Global Campus, the Ministry of Foreign Affairs of the Republic of Korea, and AMCHAM Korea. 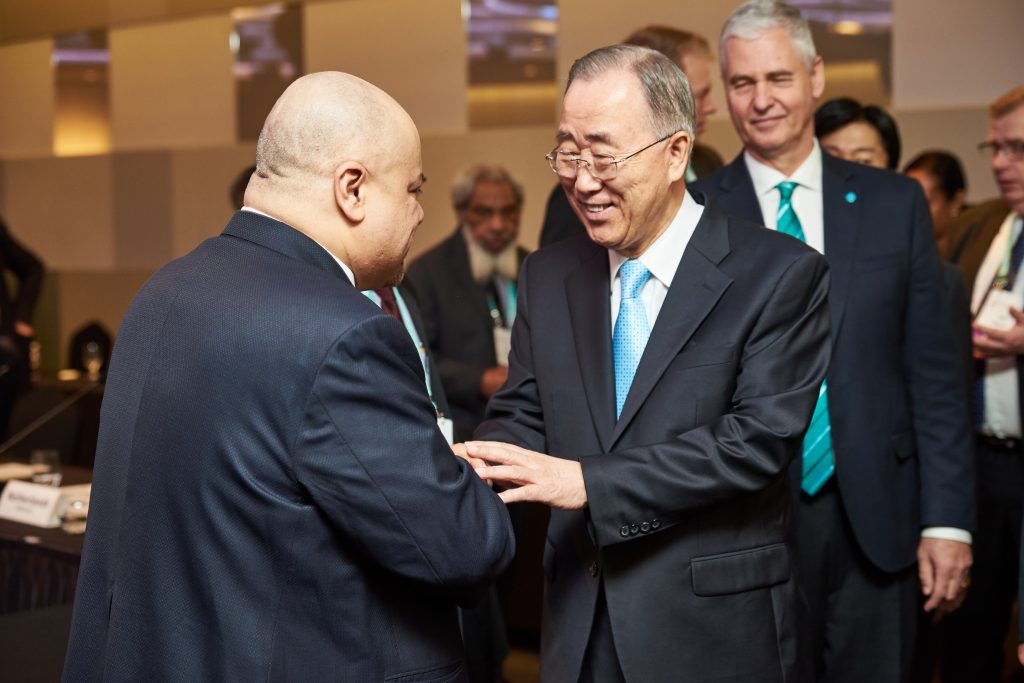