The Fijian Government, in conjunction with the Global Green Growth Institute (GGGI) hosted its final national consultation workshop on Fiji’s Low Emissions Development Strategy (LEDS) at the Grand Pacific Hotel in Suva on Tuesday, 28 August. The workshop was opened by Permanent Secretary of Agriculture and Acting Permanent Secretary for Infrastructure & Transport, Mr David Kolitagane. During the workshop, results from analysis of greenhouse gas emissions for six sectors were presented, alongside actions to reduce emissions to net-zero by 2050. 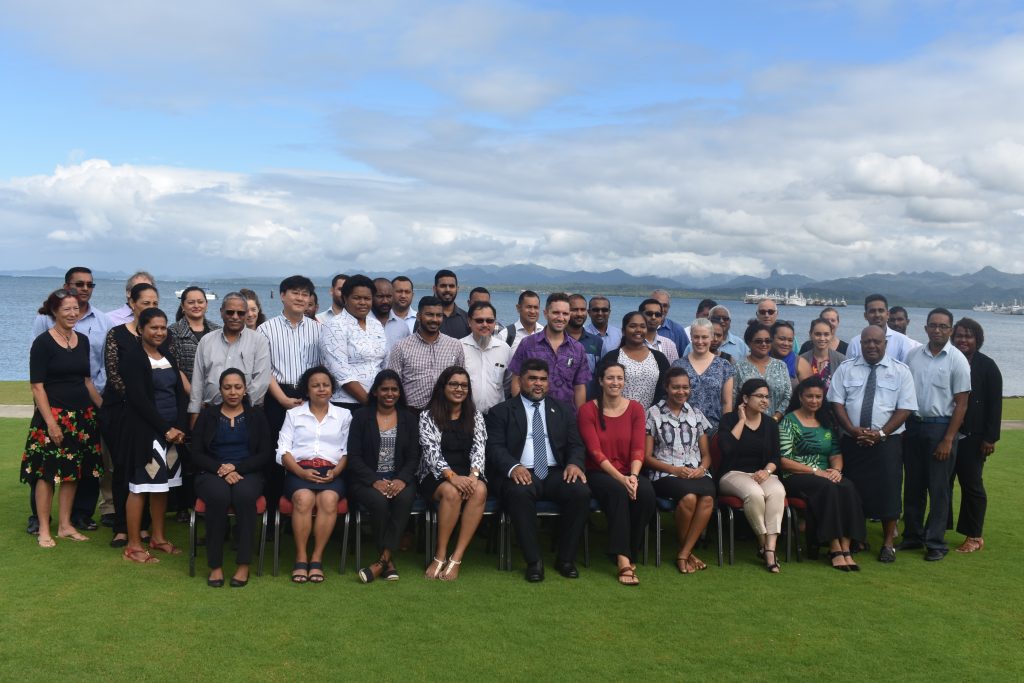 Group photo of participants at the workshop

Countries are invited to produce a national LEDS in the Paris Agreement in order to provide a roadmap for decarbonization over the long-term, through 2050. Understanding a country’s options for decarbonization is particularly useful in the context of the Nationally Determined Contributions (NDCs), which are five-year mitigation and adaptation targets. The Paris Agreement indicates that countries should develop and submit their LEDS before 2020 or soon thereafter.

The Climate Change Division of the Ministry of Economy is leading the preparation of a LEDS for Fiji with technical assistance from the Global Green Growth Institute (GGGI) and support from the Deutsche Gesellschaft für Internationale Zusammenarbeit (GIZ). Development of Fiji’s LEDS will support Fiji’s Presidency leading into COP24 and further exemplify Fiji’s commitment to the Paris Agreement.

This workshop served as the third and final stakeholder consultation in the LEDS development process and PS Kolitagane described the process stating “Fiji’s LEDS has indeed proven to be a country-driven and economy-wide initiative. We can proudly vaunt the progress of the LEDS and the cooperation and collaboration of the different sectors of the economy to achieve low emissions growth and long-term decarbonisation. The teamwork shown by all the stakeholders continues to amplify our stand on keeping the temperature level below the 1.5 degree threshold – creating the much needed pressure on other developed nations to bring down their greenhouse gas emissions to zero”. 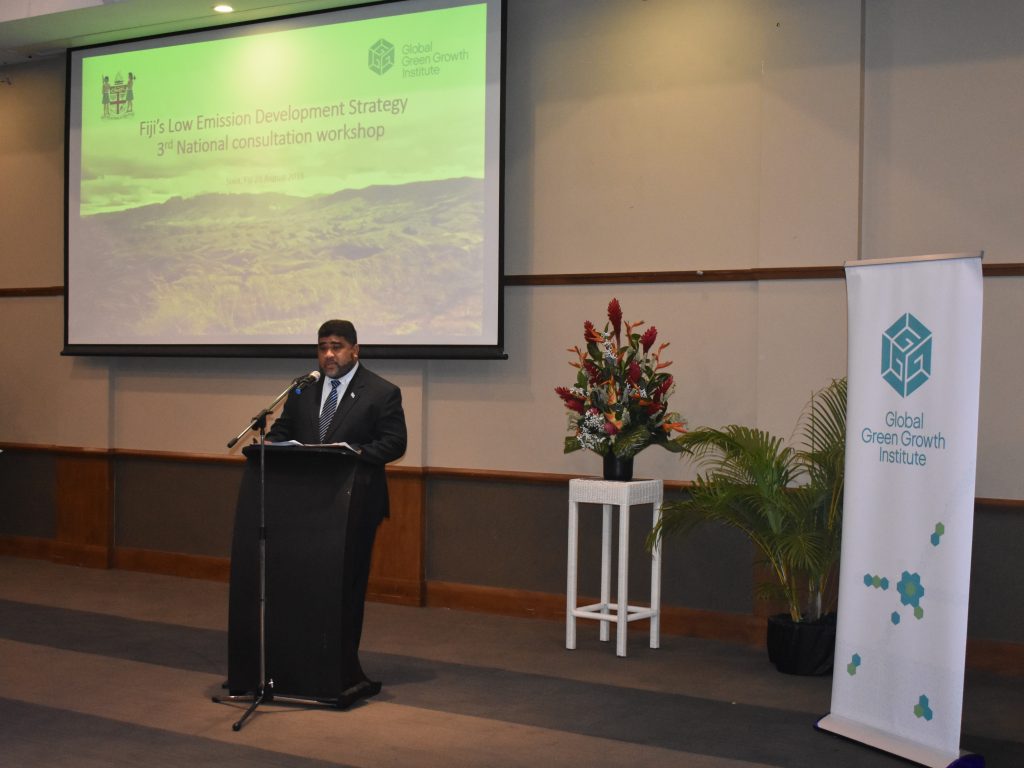 The objective of the workshop was to inform stakeholders on final emission scenarios and actions that have been developed to achieve net-zero emissions. The participants discussed the proposed actions, provided feedback and prioritized actions across the six sectors: electricity and cooking, forestry and agriculture, blue carbon (mangroves), waste, land transport and maritime transport.

The development of the LEDS has followed a bottom-up approach gathering data from each sector and consulting with stakeholders from government, private sector, NGOs and development partners. 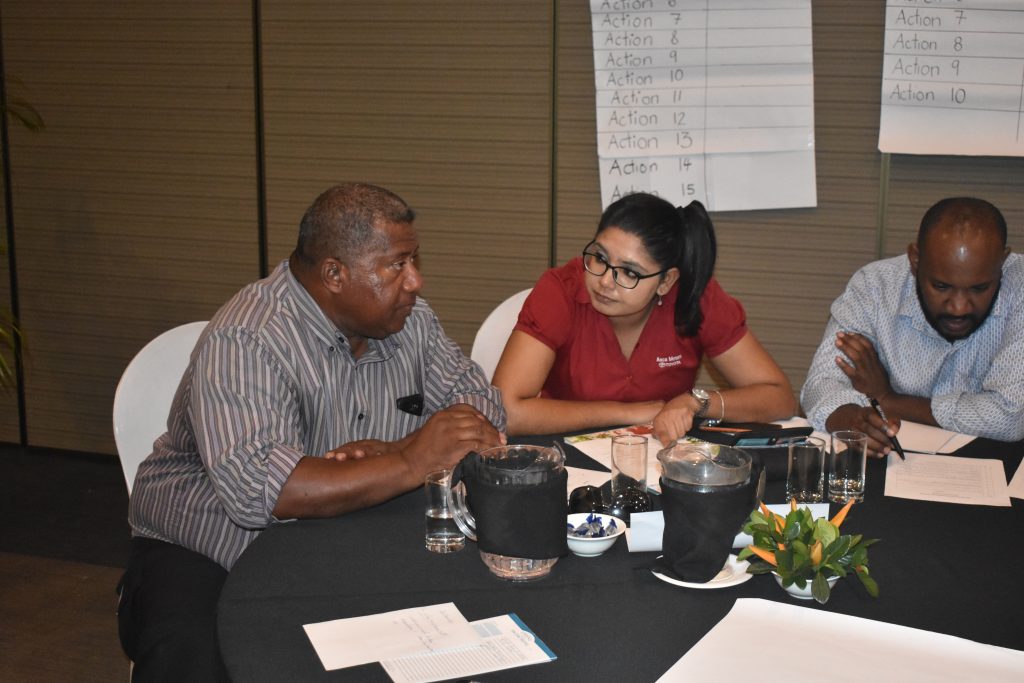 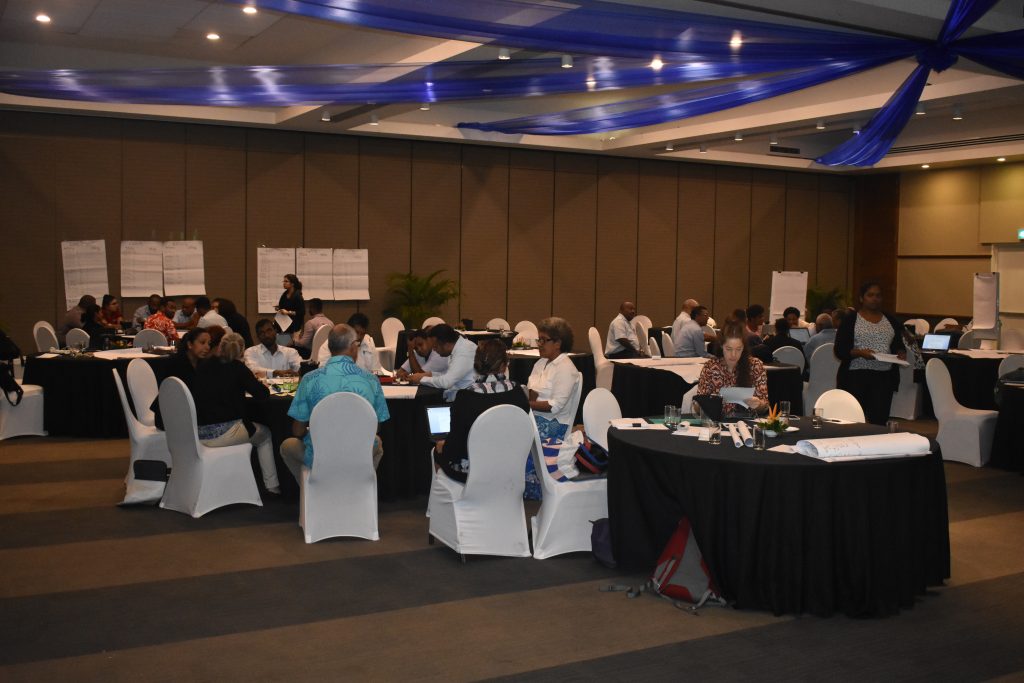