In support of the Government of Meta, Norway and GGGI strengthen their presence in the Department to continue working on deforestation control

Villavicencio, March 12, 2021. This week, GGGI celebrated the inauguration of the Villavicencio office alongside the Norwegian Ambassador to Colombia, John Petter Opdahl, the Governor of Meta, Juan Guillermo Zuluaga, Environmental Secretariat, Sergio Muñoz, and the Director of Cormacarena, Andrés García. The opening takes place within the framework of the second phase of the GGGI-Colombia-Kingdom of Norway Green Growth program, which aims to strengthen national and regional deforestation control agendas, as well as promoting sustainable production practices in those prioritized Departments such as Meta.

During the event, GGGI’s country representative, Carolina Jaramillo, the regional team, the Environmental Secretariat and the Director of Cormacarena, presented the program’s progress, the support to the secretariats of agriculture, environment and tourism, and important milestones such as the launch of the application to report local deforestation events, facilitating the control and monitoring of deforestation in real time. Click here to download the app in the Google Play store.

Moreover, Carolina Jaramillo highlighted the competitive proposals for green investments projects that have been presented in Meta in the calls for the Project Preparation Technical Assistance Facility – PPTAF, which supports inclusive and sustainable projects until their financing phase. In the most recent call, four projects from Meta reached the last round and are currently under evaluation.

The GGGI team also shared the launch of the Greenpreneurs program in Colombia, designed to promote the growth of impactful green ventures as a development alternative in the regions, to add value to the standing forest and restore already degraded productive landscapes. The call will be open until March 21, 2021 and the details to apply can be consulted here.

During his speech, Governor Zuluaga reaffirmed his commitment to the fight against deforestation and stressed thanks to the joint work with Cormacarena, the public forces and international cooperation, as well as strategies such as the ‘Alianza Sur del Meta’, aimed at economic, social, and environmental recovery of the territories surrounded by Amazon forest in Meta, deforestation was reduced by 20,000 hectares in 2020. The governor urged the promotion of greater coordination of all territorial stakeholders in having more effective interventions required to keep up such results.

For his part, Ambassador Opdahl assured the Governor that there is complete interest in establishing a more direct dialogue between Norwegian cooperation with the territory, and that it will contribute to the government’s efforts to accelerate joint work processes and the creation of flows that allow more effective responses. For this, the new GGGI offices in Villavicencio will be a key meeting point for all territorial counterparts that come together in matters of deforestation control and promotion of green growth for Meta and the region. 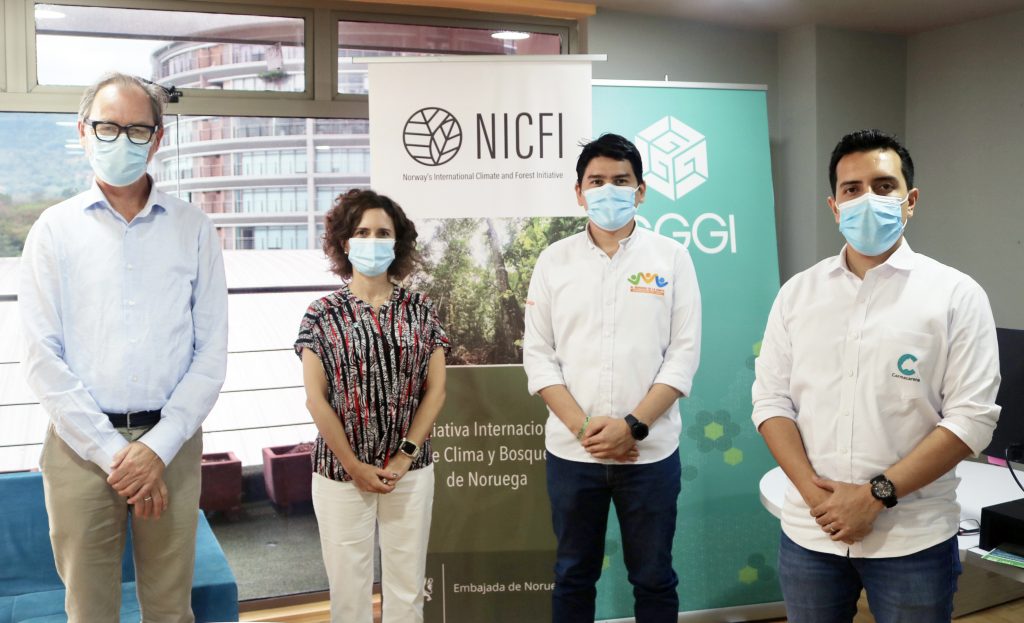