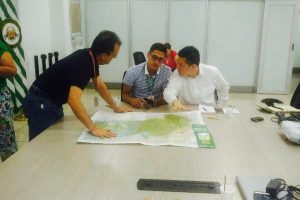 Villavicencio, Meta – February 16 – The GGGI Colombia team initiated the first technical discussion with the Government of Meta, as part of a sub-national green growth program partnered with the Norwegian government. The technical discussion session was attended by local government representatives of Meta, including Chief Secretaries of Planning, Environment, and Agriculture sector, and special advisors to the Governor of Meta, to understand geographic characteristics, priority agenda of the local government.

As a next step, GGGI and the Meta government have agreed to review and analyze a list of priority projects having green growth potentials, particularly in the agriculture and forestry sectors, and to host a capacity development training session for local government officers on the topic of green growth planning and investment. The formal launch of this program will tentatively be held in April 2018.

Meta: The slogan of the local government is “Land of Opportunities”. Located in the center of the country in the Orinoquía region, it has a great wealth of water due to the numerous channels of the Orinoco River that cross the department and that are born in the Eastern Cordillera. Although the department is part of the eastern plains of Colombia, it has Andean mountainous areas. The economy of the department of Meta is based mainly on agriculture, livestock, oil, commerce and industry. The main crops are rice, African palm, banana and corn, in addition to cocoa, citrus and other fruit crops. The department’s industry is mainly engaged in the extraction and refining of palm oil, threshing of rice, as well as in the metallurgical activity and of materials for construction. There is small-scale oil and gas extraction in the fields of Apiay and Castilla, and on a large scale in the fields of Rubiales (Puerto Gaitan).