On May 16, the Government of Burkina Faso and the Global Green Growth Institute organized a workshop to launch the formulation of the Ecovillages Investment Program.

The Government of Burkina Faso (GoBF) set a specific objective within the National Economic and Social Development Plan (PNDES) articulated as follows: mitigation and adaptation capacities to the adverse effects of climate change are reinforced to ensure an effective transition to the green economy. To achieve this, the implementation of the PNDES aims to increase the amount of sequestered carbon to 8 million tons by 2020 and to create 2000 ecovillages. Other specific actions will focus on reducing carbon emissions, building resilience to climate change, developing and promoting non-timber forest products, encouraging sustainable consumption and production patterns, and fighting against anarchic exploitation of mineral resources.

The aim of the workshop was to develop a common understanding of the Ecovillages Investment Program, areas for prioritization, and to identify next steps. The workshop introduced the different stages of the transformation process of a village to an ecovillage and shared the approach with relevant national actors, including the public and the private sector, as well as civil society representatives to seek comments and suggestions. The workshop was organized around two steps: (i) the official launch of the study and (ii) the validation of the methodological approach of the study, the ecovillages business model, as well as the actions of the future investment program proposed by the expert.

The outcomes of this study will serve as a basis for scaling up the initiative “creation of ecovillages” and support the operationalization of the National Strategy for Ecovillages.

The opening ceremony was chaired by the Permanent Secretary of the Ministry of the Environment, Green Economy and Climate Change, Dr. Sibidou SINA.

The session, moderated by Pamoussa OUEDRAOGO, Director General of the Green Economy and Climate Change, consisted of presentations and discussions on:

This workshop offered a great platform for dialogue between leading actors of the initiative “creation of ecovillages” in Burkina Faso and GGGI, which will significantly contribute to the success of the program. 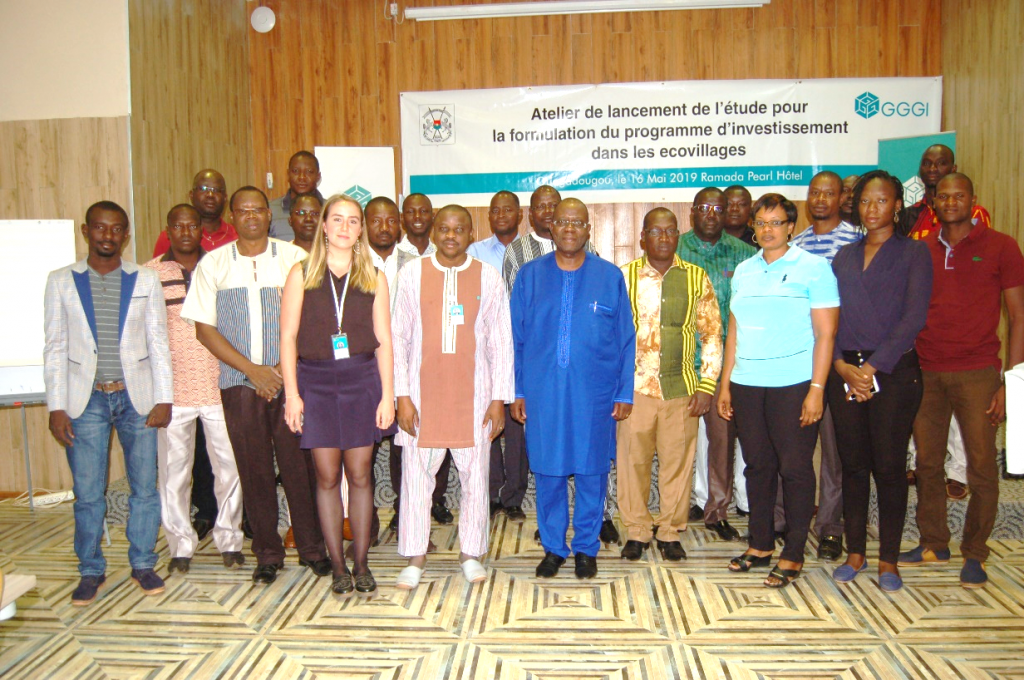