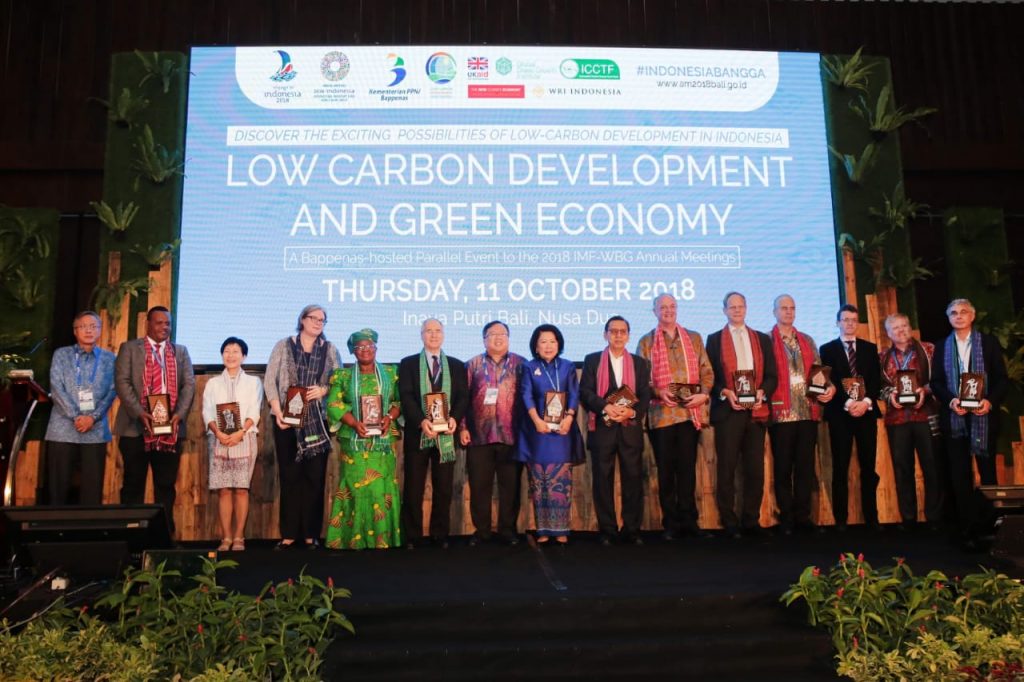 Held as a parallel event to the IMF-World Bank Annual Meetings 2018 and hosted by the Ministry of National Development Planning (Bappenas), the event served as a platform for high level speakers and participants to share knowledge on the development of green economy, involving business models that incorporate inclusive development, reduction of greenhouse gas emission (GHG), maintenance and restoration of natural capital as a basis for sustained economic growth, Indonesia’s sectoral financing priorities and challenges, and strategies on how to effectively implement low carbon development.

GGGI co-organized this event with the United Kingdom Climate Change Unit (UKCCU), the Indonesia Climate Change Trust Fund (ICCTF), the New Climate Economy (NCE) and the World Resources Institute (WRI). Highlighted key issues included energy and land use, which are the sources of 80 percent of Indonesia’s GHG. Initial findings on Low Carbon Development Initiatives (LCDI), with the full LCDI report to be released in March 2019, is built upon a recently published global research revealing that bold climate action could deliver US$ 26 trillion in economic benefits such as creating new jobs and providing better health outcomes globally, compared to business-as-usual routine (NCE Report, 2018). Indonesia is no exception to this rule; hence the importance of making the shift to a long-term sustainable growth. 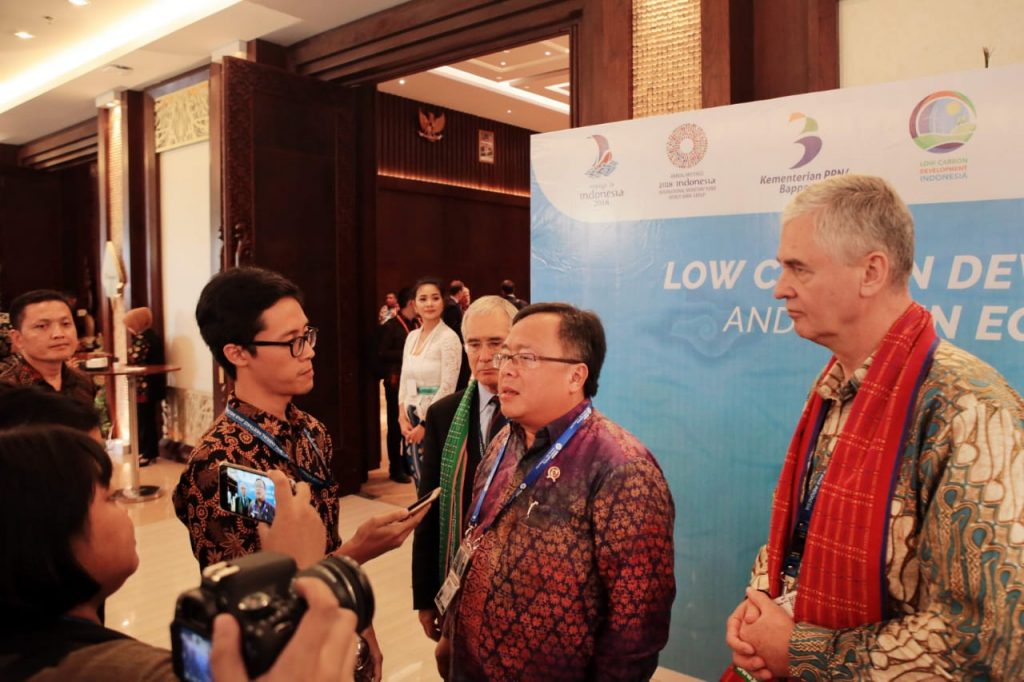 “It is timely for Indonesia to put in place sustainable development principles that balance the economic, social and environmental aspects. In this context, the GoI has committed to become the pioneer of sustainable development by initiating the LCDI and at the same time, preparing and implementing green financing mechanisms. Low carbon development and green economy are key to further boosting economic growth without sacrificing environmental sustainability and social inclusivity,” Minister of National Development Planning Bambang Brodjonegoro emphasized during his opening remarks.

As our world is now changing rapidly, we are facing a number of challenges such as extreme climate impacts and increasing earth temperature, which will significantly affect food productivity and increase the risk of climate-related disasters. High rate of deforestation and land degradation, air pollution from peat fires and fossil fuels will also negatively impact productivity and quality of life. Undoubtedly, these factors make low carbon development and green economy crucial for the future of the country. “To underline the commitment of implementing LCDI, Bappenas will mainstream low carbon development framework into our National Medium-Term Development Plan 2020 -2024. This will become the very first ever low carbon development plan in the history of Indonesia,” Minister Bambang added. 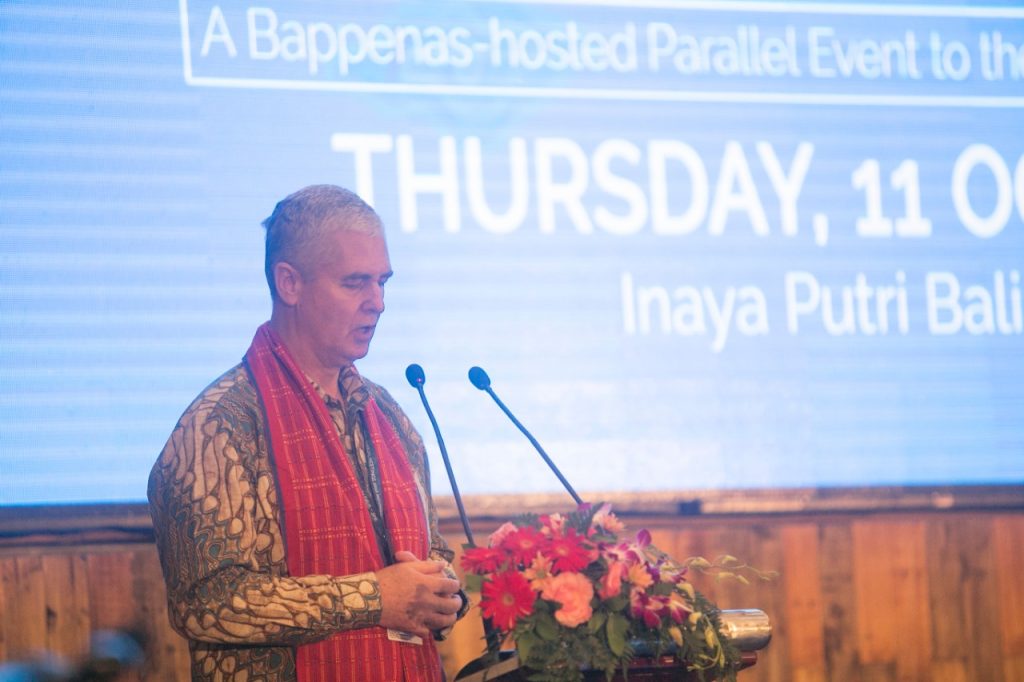 Frank Rijsberman, Director General of GGGI, explained that foreign and domestic capital is available for the development of green projects, but that private investors require a sound supportive policy framework to help de-risk their investments in innovative green projects. “There needs to be a strong collaboration of trusted global institutions and leaders from government and private sector that are committed to green growth. This can certainly bring a significant change, which is very much needed by Indonesia for a better, cleaner, and more prosperous future,” he said.

On the same note, Lord Nicholas Stern, LCDI Commissioner and Co-chair of the Global Commission on the Economy and Climate, added, “The world is catching on to the reality that low carbon growth is good for the environment and good for the economy. Indonesia isn’t wasting any time in pursuing the economic and social gains that bold climate action can deliver. The LCDI sets a powerful, practical example to the rest of the world of how countries can improve the lives and livelihoods of their citizens today, while protecting the environment for tomorrow. In my decades long history with this special country, I’ve never been surer that a brighter future is on the horizon.”

The event was also attended by other prominent figures, including Boediono (Vice President during the second term of the presidency of Susilo Bambang Yudhoyono), Mari Elka Pangestu (former Minister of Trade), Ngozi Okonjo-Iweala (Co-Chair of the Global Commission on the Economy and Climate), Paul Polman (CEO of Unilever), Matthew Rycroft (Permanent Secretary of Department for International Development of the UK Government), Naoko Ishii (CEO of the Global Environment Facility), Remy Rioux (CEO of Agence Française de Développement), and Shinta Kamdani (President of the Indonesian Business Council for Sustainable Development). It concluded with strong commitments from the GoI, GGGI and all of GoI’s development partners to achieve green growth and charge full steam ahead for Indonesia’s low carbon future by unlocking both public and private financing for climate action and sustainable development.