Seoul, Republic of Korea – On 9 June 2022, during the celebration of its 10th anniversary as an intergovernmental organization, the Global Green Growth Institute (GGGI) President and Chair BAN Ki-moon launched GGGI’s Core Replenishment Drive, to mobilize additional core resources to further support activities promoting green growth and climate action. This campaign will be led by the Republic of Korea (ROK), which hosts GGGI Headquarters in Seoul and is its largest funder, providing both core and earmarked resources.

“Since GGGI had started as an initiative of the Korean government, Korea recruited several like-minded countries to become Contributing Members of GGGI together and to contribute core funding, which put GGGI on a sound financial footing and enabled it to roll out innovative and impactful solutions,” Mr. Ban shared. He also recognized Australia, Denmark, Norway, and the UK as GGGI’s steadfast supporters together with Korea for most of the last ten years. “Today, while GGGI’s donor base has grown manyfold  to 30 countries and donor organizations funding GGGI through projects, there is not enough core funding support.”

In his congratulatory remarks, ROK 2nd Vice Minister of Foreign Affairs Dohoon Lee recognized that GGGI has been gaining relevance and has a greater role to play in helping deliver tangible results for green transition, and invited other Members and partners to provide their support. “Now more than ever, the Members and partners of GGGI are asked to reaffirm their support in a practical way, as Mr. Ban mentioned, so that the Institute can build on its track record and fulfill its mission…With shared insight and a firm resolve, we can all contribute to accelerating and broadening the GGGI’s work towards green growth.”

Aside from its core and earmarked contributions, the ROK has established in March 2022 a 5-year trust fund providing USD5 million annually for projects.

Ambassador Tomas Anker Christensen, Climate Envoy of Denmark, expressed his appreciation for the Korean Government’s establishment of GGGI. “Very grateful for the ambition of the Korean Government in putting this institute into the world in in order to help us fight both the climate crisis and environmental degradation and to preserve sustainability, especially for the developing countries and for the poorest in the world,” he said. “The past decade since this Institute came into action has really shown that this idea of combining green growth, climate action, job creation – that win, win, win that we need to create is more pertinent than ever… (with) the need to take climate action forward, the need to take sustainability forward, GGGI is really an organization that is at the core of the solutions that the world needs to drive that agenda forward.” Ambassador Christensen encouraged other members of the diplomatic community to join ROK in the Core Replenishment Drive for GGGI to continue its work in the future.

The anniversary event, held at the GGGI Headquarters in Seoul, was attended by representatives from the ROK government, members of the diplomatic community, and international and national development partners. Former Non-state Actor and Expert Council Member Mr. Sanghyup Kim also gave his congratulatory remarks, and toasts were given by Philippine Ambassador Theresa Dizon-De Vega and Peru Ambassador Daul Matute-Mejia. 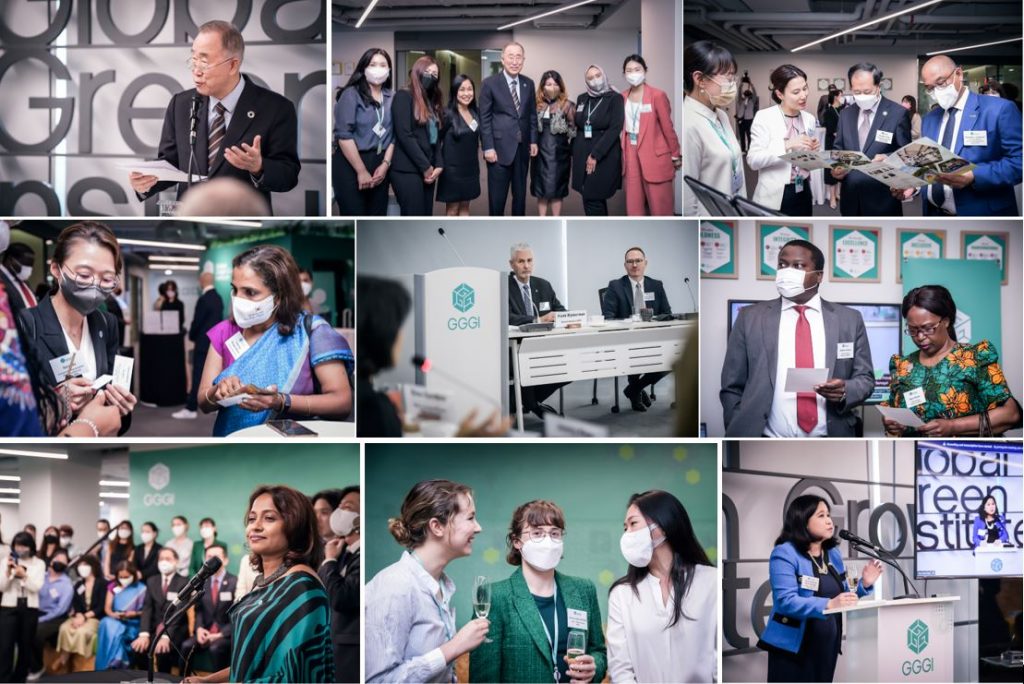