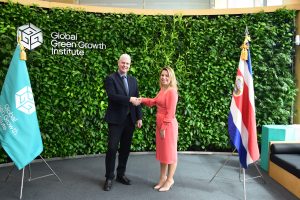 GGGI is pleased to join Costa Rica’s new and bold journey toward decarbonization – with its new national policy on decarbonization, which will be introduced in December 2018. As mentioned in the GGGI Director-General’s Progress Report, Costa Rica – a green growth champion – has generated 99 percent of its electricity from renewable sources since 2014, using its rivers, volcanoes, wind and solar power to generate electricity for the national grid, and the newly elected President Carlos Alvarado, announced his plan to make the country the first carbon-neutral nation in the world by 2021 by focusing on decarbonizing transportation.

In this context, Claudia Dobles, First Lady of Costa Rica paid a visit to the GGGI headquarters in Seoul on October 8 to discuss strengthening our partnerships by focusing on Costa Rica’s upcoming national plan on decarbonization. GGGI has been actively supporting Costa Rica’s “best practice” of Payment for Environmental Service (PES) scheme to other countries through the Green Hub initiative, the Costa Rica Green Hub, a next-generation knowledge transfer platform on sustainable forest management and ecosystem services. In addition to this, GGGI has been working with Costa Rica to propose the next steps for the environmental sector, which include moving out of the comfort zone (only conservation) to stimulating revenue-generating bankable projects to increasing local income, create local jobs, and wisely utilizing natural capital for their economy. 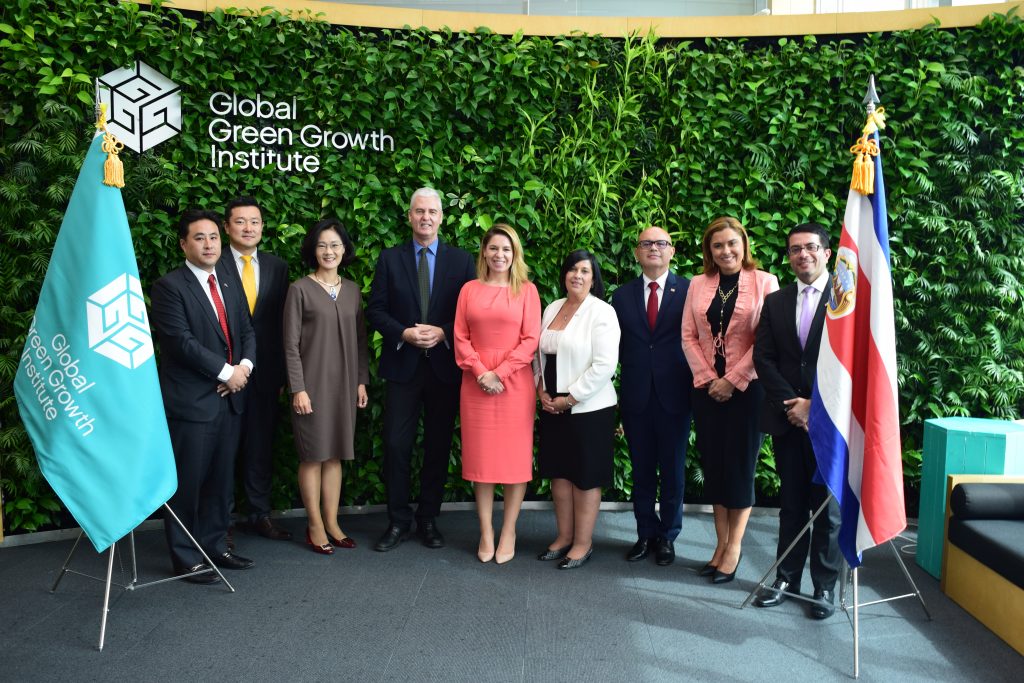