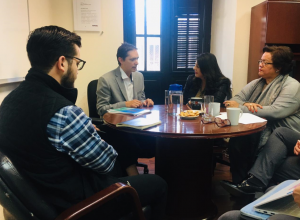 (Gender in Mobility and Gender in Energy infographics with recommendations.) 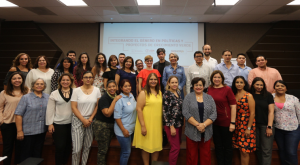 The capacity building program on Gender and Social Inclusion in Green Growth was structured into three modules. The first module was supported by Ingvild Solvang, GGGI Manager of Sustainability and Safeguards, providing the participants with a theoretic framework to understand the linkages between gender and social inclusion, economic growth and environmental sustainability in green growth sectors.

The ISM is tasked with gender mainstreaming of government policies and has its focus is primarily on gender-based violence (GBV). “When we got involved in this Green Growth Gender Initiative with GGGI and CEDES, we saw this as an opportunity to bring gender, an issue strongly supported by Sonora Governor, Claudia Pavlovich, into sectors of green growth for enhanced impact on women and men. We find that here this can happen in the systematic way required to achieve sustainable development goals,” ISM Director Ms. Saldaña López says.

A highlight of the first module was a presentation of gender dynamics in the context of Mexico’s private sector by Valentina Ibarra from McKinsey. Ms. Ibarra’s presentation showed Mexico’s historical trend (2002-17) of women’s share of the working force stationed at 45%, lagging behind other developing countries (Canada, 75%; US, 70%; OECD average, 63%) or even other Latin American countries (Colombia, 60%; Brazil, 57%; Chile, 55%).

“Module Two started off with a theoretical analysis of institutional attitudes towards gender equality in Sonora and there was broad consensus that while the institutional leadership in general is not sensitized to the issue, several civil society organizations in Sonora are well-placed to provide leadership in this,” Cheung says.

Participants worked in small groups to develop recommendations for gender mainstreaming for ongoing or completed climate change mitigation and adaptation projects in Sonora, which they presented to the whole cohort on the last day.

Module 2 also included an “Energy and Gender Day” which took place over half a day, supported by high-level political representation from ISM Executive Coordinator Blanca Saldaña, State Energy Commissioner Ivan Arredondo and Environmental Commissioner Luis Romo, plus leaders from the women in mining group, the construction and industrial chambers. Guest presenters discussed recent studies and projects on gender mainstreaming in the energy sector. The Forum was attended by over 100 government workers, university lecturers and students and private sector representatives.

The third and final module was facilitated by Pablo Martinez, GGGI Mexico Country Representative, and Jose Luis Amaya, Green Growth Specialist. The aim was to consolidate the final recommendations into a presentation for handover to the Government Chief of Staff office.

“The collaboration with ISM, CEDES and other partners demonstrated that in order to achieve gender equality we need multi-stakeholder participation. Green growth is a platform for such cross-sector engagements and are in fact a pre-requisite for a successful green transition,” Mr. Martinez says.

GGGI has worked in Mexico since 2013. GGGI supports the Government of Mexico to transition towards inclusive green growth. In 2018, the Sonora State Government with support of the GGGI endorsed the country’s first state level Green Growth Strategy. This strategy was informed by a Green Growth Potential Assessment carried out by GGGI, which identified gender equality as an area with great potential. Mexico scores relatively low on the World Economic Forum’s Gender Gap Index (50 out of 144 countries). The McKinsey Institute (2015) has concluded in a study that women contribute 37% to the global economy. By closing the gender gap, we could add US$12 trillion to the global GDP. Growing evidence also shows that gender equality and women’s empowerment is an accelerator of achievements across all SDGs and central to effective climate mitigation and adaptation.

“The growing evidence that gender equality and women’s empowerment is an accelerator of sustainable development and green growth has motivated GGGI and government partners to focus on this issue in Sonora and to bring the issue into the mainstream of policy making,” Mr. Martinez says.

The discussions on gender and green growth in Sonora continues. “Some of the participants are now facilitating gender trainings and discussions where they work”, Mr. Amaya says, “this I believe is testimony to the dedication of our partners to the inclusive green growth transition in Sonora”. 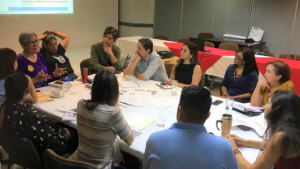 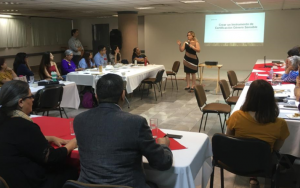 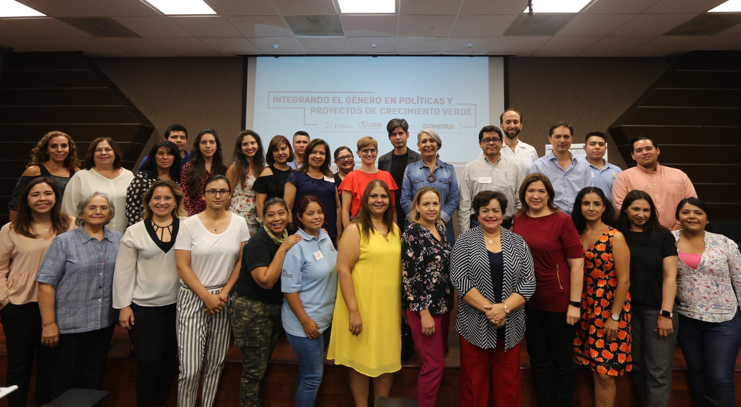