It was a busy week for the development of the National Green Energy Fund (NGEF) in Vanuatu. On November 22nd and 24th, GGGI and the Government of Vanuatu (GoV) held NGEF technical workshops in Luganville and Port Vila where different topics were discussed such as Renewable Energy and Energy Efficiency technologies and several financing options. On the same day of November 24th, GoV through the NGEF Taskforce held its monthly NGEF Taskforce meeting with GGGI representatives, and it was agreed by Members for the preparation for the new draft NGEF Bill to proceed and be submitted to the State Law Office by February 2018. 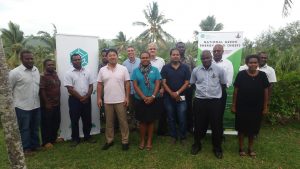 On November 27th, GGGI organized the NGEF training workshop for NGEF Task Force members plus relative senior Government Officials from relative Ministers to understand and discuss on the NGEF Business Plan, Operation Manual, NGEF Strategic Markets and Priorities, and Governance. Finally, on November 28th, GGGI and GoV successfully completed the NGEF information workshop to local financial institutions, project owners/developers and energy service providers. It was a good opportunity for GGGI and NGEF Task Force to hear direct opinion from local stakeholders.
An NGEF Unit has been created within the Department of Energy since June 2017 with an initial capital provided by GoV. GGGI is now supporting GoV with different operationalization activities towards a legal establishment of NGEF. On top of finalization of necessary documents and drafting a new legislation, GGGI is also supporting to complete feasibility studies under the Readiness Program under Green Climate Fund (GCF), develop pilot projects and capitalize the fund.

The series of the workshops and meetings with multiple stakeholders in the last week led to a stead movement towards a legal setup of NGEF. Mr. Jesse Benjamin, Director General, Ministry of Climate Change and Natural Disaster, said “We greatly appreciate GGGI’s continuous support in many ways and I’m now very excited to see the progress towards the legal NGEF establishment soon to help us achieve 2030 goal of 100% electricity access to households and energy efficiency improvements”. 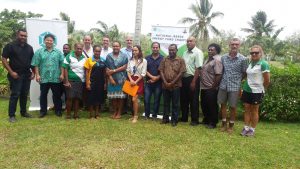 He also stressed that, returning from the recent COP23 Meetings, GGGI’s assistance is very timely on meeting the ambitious target of National Energy Road Map, and personal made a call to encourage donors in Vanuatu and abroad to connect with GGGI’s efforts on ground. Today marks another achievement for the Government when DG Benjamin sent a commitment letter to the GGGI Assistant Director-General Mr Per Bertilsson, to inform the GGGI of the future financial contribution from the Government of Vanuatu to the NGEF, but also request the GGGI to work actively with other development partners to engage through a Letters of Intend (LoI) for supporting the NGEF.

With these solid foundations in place, it is expected that the NGEF will be fully operational by third quarter of 2018, ready to channel its first series of investments aimed at enhancing the energy access of its rural populace and charting the way for Vanuatu’s green growth. 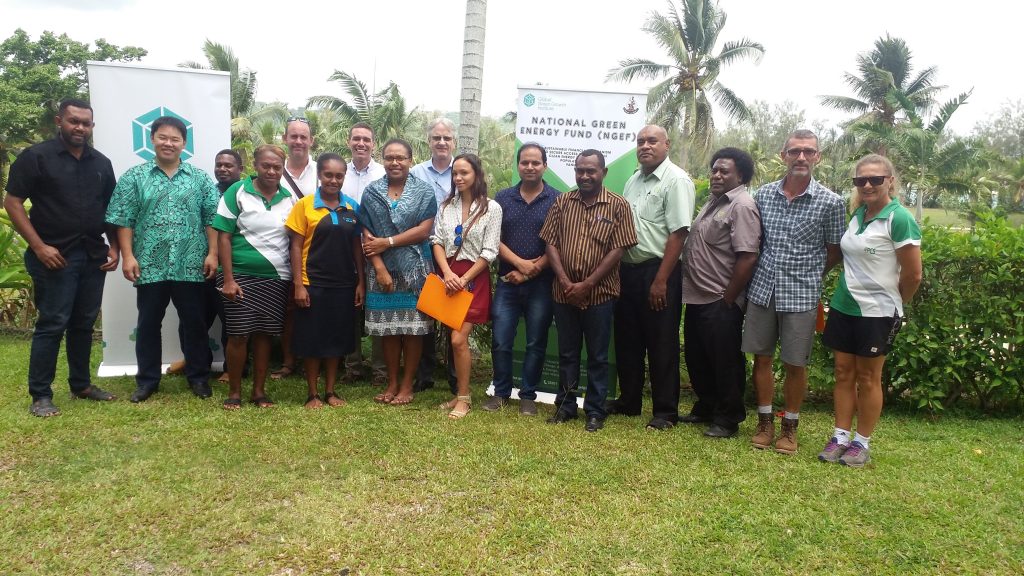