Empathizing with the Vulnerable: Learning from Disaster Victims to Achieve Better Policies

On  June 17, 2020, the National Institute of Public Administration (NIPA) of the Republic of Indonesia in cooperation with the Global Green Growth Institute (GGGI) held the fourth series of Empathetic Leadership Training (Sarasehan Kepemimpinan Berempati) which was conducted online. This time, the training topic was social inclusion in disaster management with participants from various government agencies and institutions, namely the National/Regional Disaster Management Authority (BNPB/BPBD),  Environmental Agencies and Regional Development Planning Agencies, the Ministry of Women Empowerment and Child Protection, as well as many others with a total of 85 participants from across Indonesia. 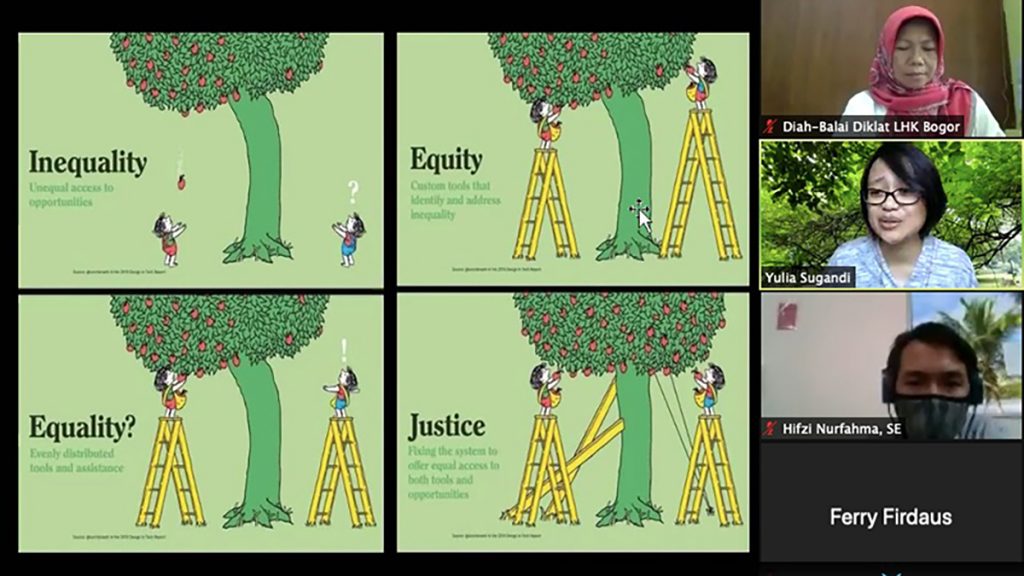 The event was aimed to foster empathy amongst policymakers when creating policies related to disaster mitigation and adaptation, particularly policies that include the vulnerable and marginalized groups. It is during disasters that these vulnerable groups which include women, children, the disabled and elderly are severely impacted due to the historical and structural disadvantages they face in their communities. Therefore, it is important that policies made to address disasters take into account those with special needs to ensure common but differentiated access to disaster related services.

According to Mr. Basseng, the Deputy for State Civil Apparatus Competency Development Policy, NIPA, the fourth round of Sarasehan Kepemimpinan Berempati was unique as it was held virtually but still managed to put the policymakers directly in touch with those affected by policies. The uniqueness of the training is its nature of inclusivity where the roles of civil servants who are commonly speaking as resource persons are reversed to instead listen to locals or communities. The resource persons invited were residents of Pondok Gede Permai (PGP) Jatiasih that was severely impacted by the frequent floods in the area. Imam, who lives in PGP said that floods were routine occurrence, yet this time around was even more severe.

The participants were subjected to an experiential learning process as they heard the experiences of Imam, Erna, Resti and Mbah Jambrong. According to Yulia Sugandi, the facilitator of the training, stories of experiences and perceptions from the people can support evidence-based approaches to policy formulation. She also added that the stories of the resource persons showed that the vulnerable are not necessarily weak because they manage to establish their own disaster responses. However, the help of appropriate structural and fundamental policies will empower their efforts. 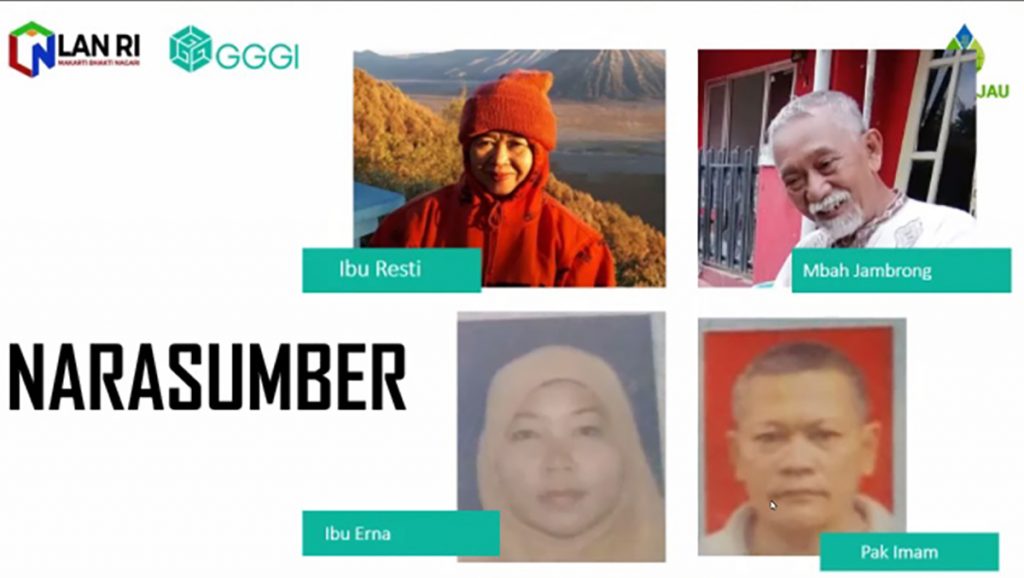