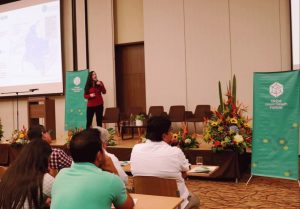 Villavicencio, October 4 –The Global Green Growth Institute (GGGI) is pleased to announce the publication of the results from the Green Growth Potential Assessment (GGPA) for the Department of Meta on Friday the 4th of October. The GGPA methodology, a GGGI analytical tool that evaluates country performance in key green growth areas, was specifically adapted in a novel approach for Colombia’s Departments. The results were shared in the open Departmental Forum “Challenges and Opportunities ahead of Green Growth and Forest Conservation”, an event specifically aimed at the new candidates running for the Meta Government to present their agendas on environmental sustainability.

According to the GGPA study, Meta stands out for its abundant water supply, low levels of water stress and biodiversity, which despite having suffered due to human activity, have been affected in comparison to other regions of the country, especially regarding threatened species and the fishing industry. Concerning other sustainability areas, Meta holds a moderated waste production and an important sewerage service, appearing as a Department with low climate sensitivity respect to its peers, as well as an acceptable capacity for climate adaptation. 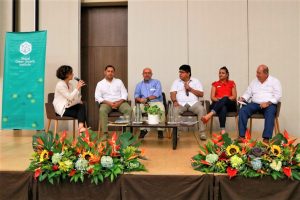 Despite the above, the findings of the analysis highlight the Department’s gaps in resource-use efficiency as well as issues related to the depletion and degradation of Meta’s natural capital. In Meta, agricultural productivity is low, water-use remains inefficient, waste recycling and waste-to-resource in production processes are low, as well as consumption of fossil fuels being high in relation to population size. Likewise, large numbers of forest area are being lost, while air and water quality are still major concerns for the population, with many municipalities presenting high levels of risk for contamination.

The GGPA assessment of Meta, together with the collaboration of local experts, shed light on 5 strategic areas for steering environmental policy for the Department. These areas reflect the need to fight against deforestation, to conserve biodiversity, to promote changes in technology and innovation for increasing productivity, to support the transition toward renewable energy and to reduce greenhouse gas emissions.

The Forum provided a platform for candidates running for future Governor and their delegates to debate and discuss their standpoints with regards to these 5 priority areas unveiled by the GGPA. The resounding message from all candidates and delegates was that all could agree on the “economic potential of environmental conservation”.

They also endorsed their engagement to promote sustainable development through the signature of a “Declaration of Political Commitment against Deforestation and Climate Change”, which was supported by citizens and regional organizations interested in redressing public policies to warranty environmental sustainability. Thus, the five candidates to be elected as Governors of Meta committed to include the issues of deforestation control, promotion of green growth and climate change management within their political agendas and their development plans should they be elected.

The signing of this commitment was promoted by the Global Institute for Green Growth and the Royal Embassy of the Kingdom of Norway, with the support of several organizations in this Colombian region, such as the Regional Competitiveness Commission, Llanos University, and the newspaper Periódico del Meta.

The Departmental Forum was broadcast live and online, being viewed nationwide leading to over 800 views to the GGGI Colombia Facebook page. This meant that not only attendees present at the Forum but also social media follows were able to bear witness to the commitment of the candidates, acting as guarantors of their engagement, seeking to ensure the consolidation of Meta as an example of economic, environmentally–sustainable and socially–inclusive development by adopting  green growth approach.

GGGI’s commitment to strengthen environmental public policy in Colombia is reaffirmed through the publication of Meta´s GGPA results, which have been well received by Meta’s stakeholders and authorities, being considered as an excellent foundation for a model of sustainable and socially–inclusive growth for the Department. 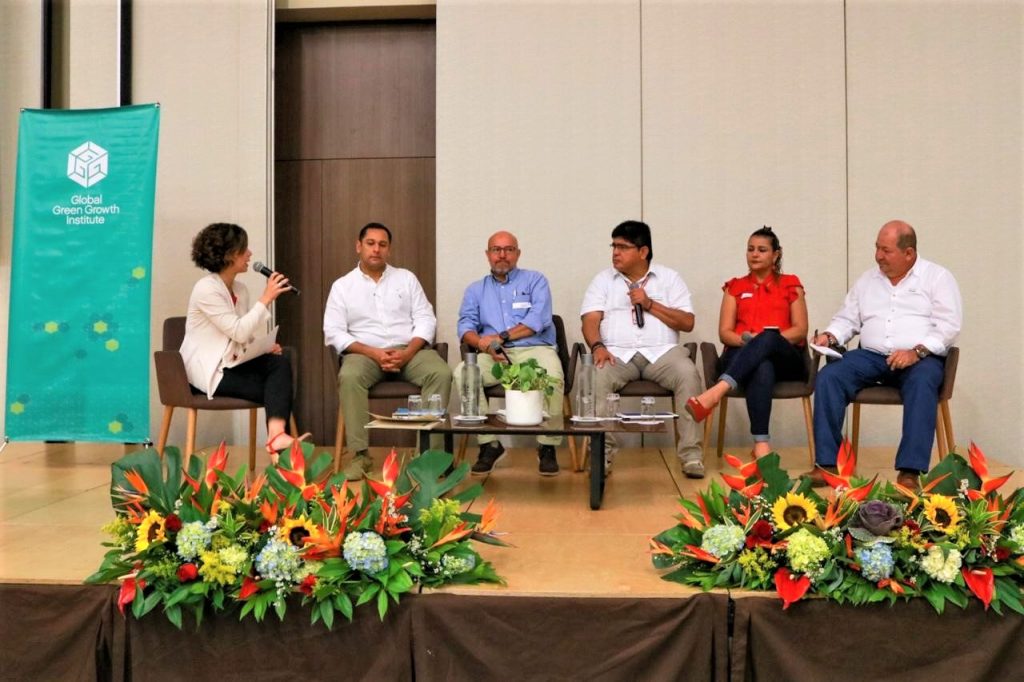