Decentralization to tackle urban waste: the case of Battambang

Battambang, like many other cities in Cambodia, faces numerous waste management challenges. Uncontrolled disposal, a lack of waste separation, and recycling all pose public health and environmental issues for the city. 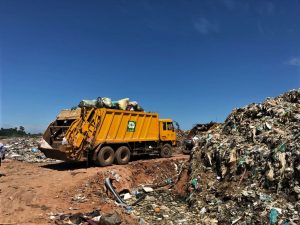 Issued in 2015, Sub-Decree 113 on the Management of Urban Garbage and Solid Waste aims to decentralize waste management and establish roles and responsibilities at the subnational level. Under this Sub-Decree, Battambang is taking action against the mounting municipal waste.

Sub-Decree 113 outlines requirements for waste separation, storage, cleaning, collection, transport, recycling, and management of landfills. It prohibits waste dumping and burning and requires fee payment for sustainable waste management. Finally, it defines penalties for non-compliance with the law. One of the key objectives of the sub-decree is to decentralize waste management to give subnational authorities greater responsibility. This presents Cambodian cities with a new set of complex tasks. 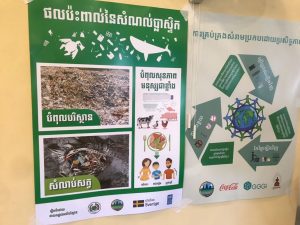 Battambang Municipality delegated waste management responsibilities to the city’s 10 sangkats (communes) which were eager to be involved (Decision No. 20/20 S.S.R). The sangkats involvement allows them to communicate information and conduct activities effectively at a local level. Sangkats can perform waste management functions, including monitoring waste collection, awareness-raising among the public, and fining for non-compliance.

“Sangkats play an important role with local community outreach,” says Mr. Pheng Sithy, Governor of Battambang Municipality. “They can help disseminate the content of the sub-decree, and other technical documents, to the population and provide general awareness-raising on waste management.” 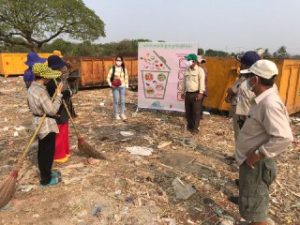 The municipality also issued Deika (a provincial ordinance) No. 01/20 DK.KR.S, set-up a working group, and developed a mechanism to issue penalties and collect fines for non-compliance with the sub-decree. The city provided options for better source separation and transport, installing recycling containers in schools, and organizing private waste collection services. Informative signs were also displayed across the city to raise awareness and training on waste management was provided. 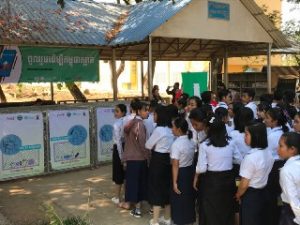 While these efforts have worked well in the short term, people tend to go back to their old ways. “This is why it is important to implement existing laws,” says Mr. Pheng Sithy. “To make people understand that non-compliance can lead to penalties. The short-term focus is not on issuing fines,” added Mr. Sithy. “But on making the general population aware of their responsibilities in solving waste issues.” Over time, recurring offenders may be issued fines. The Deika, however, also contains safeguards such as a dispute resolution mechanism and a mechanism to manage money from penalties. 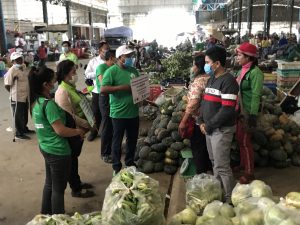 Capacity building sessions and awareness-raising events held in October and November 2020 complemented the municipality’s actions and provided clarity around the recent developments. One awareness-raising campaign targeted three markets (Beoung Chhouk, Pou Puy, and 13 Makara), carried out by the municipality and supported by the Department of Environment, Sangkat leaders, police, market representatives, and youth groups. These actions have the potential to be successfully replicated in other Cambodian cities.