[Case Study]: Countries Progress in Off-Grid and Grid-Integration of Solar PV in support of NDC Implementation and Contribution to Achieving SDG7

GGGI recently undertook a case study to analyze the progress being made by 12 Least Developed Countries [LDCs] in their effort to achieve Sustainable Development Goal 7 (SDG7) – access to clean and sustainable energy for all. The case study analyzed 12 LDC countries from Africa, South-East Asia, and the Pacific in terms of their progress regarding the installation of solar PV, the accompanying policy landscape, and capacity building that has taken place.

While as much as 85.3% of the world’s population had access to electricity in 2014, that still leaves over 1 billion people lacking basic access to energy. This is highly problematic as without reliable access to energy, populations may experience limited economic opportunities, a lack of access to quality education, comparatively worse health conditions and medical services, and an inability to perform basic everyday tasks such as cooking or purifying water.

With this in mind, the international community devised a range of measures aimed at tackling such pressing issues such as Agenda 2030 and the Sustainable Development Goals, with SDG 7 in particular – access to affordable, reliable, sustainable and modern energy for all – aiming to make this problem a thing of the past.

GGGI performed the following case study to analyze the various factors related to energy access in LDCs, including solar PV development, Solar PV Installed and Future capacities, policy landscape, and financial, fiscal, legislative, political, and environmental concerns. Drawing on data regarding the increased installed capacity of solar PV, in addition to developments in the policy landscape and international efforts aimed at tackling this problem, this case looks at the challenges they face, the actions they are taking to overcome these challenges, and potential solutions to these often-complex issues.

Highlights of the study:

The rate of decline in solar PV pricing over the last five to ten years has been nothing short of spectacular and recent years have seen record lows in terms of solar PV prices. This is particularly important as it is now driving the levelized cost of electricity (LCOE) towards being increasingly competitive with traditional fossil fuel generation.

One of the most notable trends is that the majority of countries are exhibiting a steady upward trend in their total installed solar PV capacity. While Ethiopia, Nepal, Uganda and Senegal stand out as the leaders in terms of absolute capacity, it is promising to note that almost all countries are exhibiting not just an increase year on year, but a fairly consistent and steady increase.

The existence of political priorities and development policies may be seen as one of the key drivers of renewable energy integration. Every country, with the exception of Mozambique, has renewable energy targets in place, with the NDCs playing a key role in this.

One of the key characteristics of renewable energy generation is that it has relatively high capital costs, but what is important is that international partners bring certainty and stability to investors, allowing them to have confidence when investing, thus increasing availability and lowering the price of capital for these countries.

Renewable energy is historically non-competitive given the lower generation cost for fossil fuel or nuclear power. In order to address this relative lack of competitiveness, measures must be taken to correct this. One of the key ways to do this, is through fiscal measures such as providing tax exemptions or reductions to potential investors in renewable goods or services, and by imposing carbon or energy taxes on conventional methods of generation

With renewable energy, particularly in developing countries, suffering from a lack of investor confidence in certain cases, it is also crucial for a clear and precise legal framework to exist which promotes the uptake of renewable technologies into the generation mix.

In a recent study looking at Mozambique and Tanzania, the authors found that the main drivers in both countries regarding renewable energy integration was the existence of political priorities and development policies. These include but are not limited to, job creation, reduction of CO2 footprint, increase in local added value, promotion of socio-economic stability and development, meeting national energy needs, poverty reduction and environmental protection.

LDCs are in a unique position in this regard in that environmentally, they are blessed with some of the most abundant solar resources, especially in the case of Africa, yet technologically, much like in terms of financial capacity, they are lagging sorely behind the majority of developed nations. Issues surrounding this include a lack of grid infrastructure, the need for energy storage due to non-constant generation, insufficient technology transfer and a lack of understanding of how innovation spreads and becomes mainstream 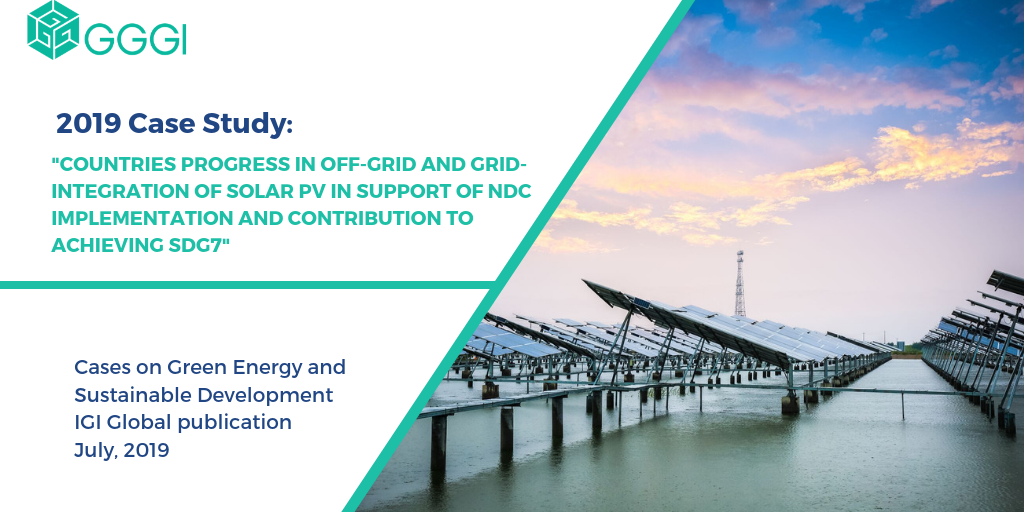