SEOUL, Republic of Korea; November 18, 2021 – Following the end of COP26 in Glasgow, GGGI Director-General, Dr. Frank Rijsberman, participated in an interview with Arirang TV to discuss his perspective on the finale of COP 26 and the road to carbon neutrality.

“It was disappointing that ‘phase out’ became ‘phase down’ which is obviously weaker. But, on the other hand, it was the first time that coal, the primary culprit of the climate crisis, was explicitly mentioned … for all these things, you can point at the glass is half-empty or half full. I see a lot of progress so I would be in the glass is half-full camp,” shared Dr. Rijsberman.

During the interview, Dr. Rijsberman also discussed South Korea’s Net-Zero pledge and its NDC 2030 target being increased to 40% from 2018 levels, as well as its role to bridge the gap in the energy transition.

“Using ODA funding to support the green transition to help countries transition more quickly, green technology, and the experience of Korea in making the transition will be very relevant and welcomed by developing countries,” shared Dr. Rijsberman.

“I’m hoping that Korea will be a leader in helping Asia power past coal. That’s going to be, I think, the number 1 challenge in the next 10 years” 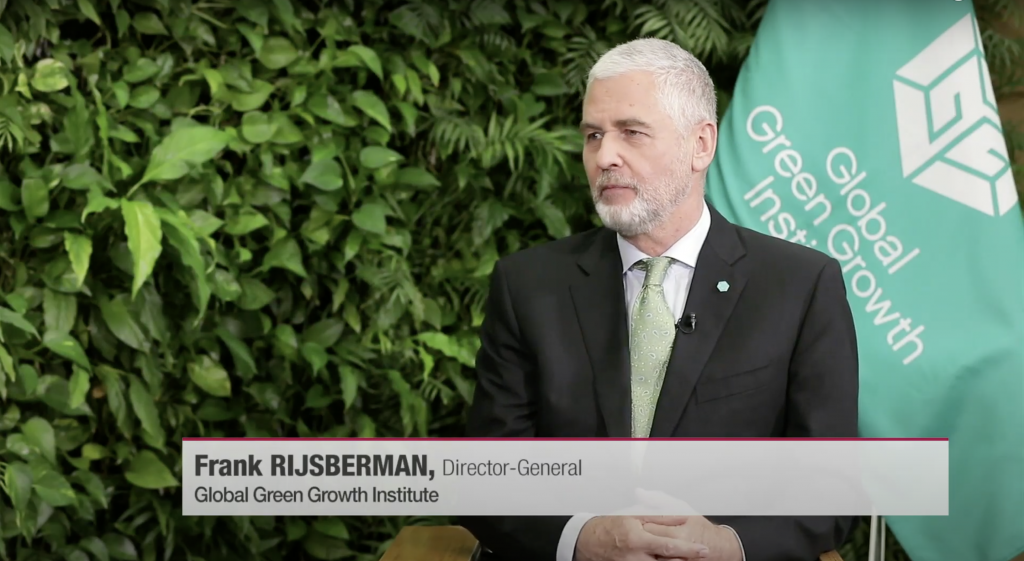